Play The Specials songs without the need to search for it in YouTube.Simply type in the song’s code from the list and play this virtual JukeBox !The Specials (sometimes called The Special AKA ) are an English 2 Tone ska revival band formed in 1977 in Coventry, England. Their music combines a "danceable ska and rocksteady beat with punk’s energy and attitude", and had a "more focused and informed political and social stance" than other ska groups. The band wore mod-style "1960s period rude boy outfits (pork pie hats, tonic and mohair suits, and loafers)." In 1980, the song "Too Much Too Young", the lead track on their The Special AKA Live! EP, reached number one in the UK. In 1981, the unemployment-themed single "Ghost Town" also hit number one in the UK Singles Chart. After seven consecutive UK Top 10 singles between 1979 and 1981, the band broke up. Their 1984 song "Nelson Mandela" was a No. 9 UK hit. It contributed to making Mandela a cause ce’le`bre in the United Kingdom, and became popular with anti-Apartheid activists.Afterwards, founder and songwriter Jerry Dammers dissolved the band and pursued political activism.The group was formed in 1977 by songwriter/keyboardist Jerry Dammers, with Tim Strickland (vocals), Lynval Golding (guitar, vocals), Silverton Hutchinson (drums), and Horace Panter, a.k.a. Sir Horace Gentleman, (bass). Strickland was replaced by Terry Hall shortly after the band’s formation. The band was first called The Automatics, then The Coventry Automatics. Vocalist Neville Staple and guitarist Roddy Byers, a.k.a. Roddy Radiation, joined the band the following year, and the band changed its name to The Special AKA, The Coventry Automatics, and then to The Special AKA. Joe Strummer of The Clash had attended one of their concerts, and invited The Special AKA to open for his band in their On Parole UK Tour. This performance gave The Special AKA a new level of national exposure, and they briefly shared The Clash’s management.The Specials began at the same time as Rock Against Racism which first gathered in 1978. According to Dammers, anti-racism was intrinsic to the formation of The Specials, in that the band was formed with the goal of integrating black and white people. Many years later Dammers stated, "Music gets political when there are new ideas in music, …punk was innovative, so was ska, and that was why bands such as The Specials and The Clash could be political."In 1979 shortly after drummer Hutchinson left the band to be replaced by John Bradbury, Dammers formed the 2 Tone Records label and released the band’s debut single "Gangsters", a reworking of Prince Buster’s "Al Capone". The record became a Top 10 hit that summer. The band had begun wearing mod/rude boy/skinhead-style two-tone tonic suits, along with other elements of late 1960s teen fashions. Changing their name to The Specials, they recorded their debut LP Specials in 1979, produced by Elvis Costello. The album led off with Dandy Livingstone’s "Rudy, A Message to You" (slightly altering the title to "A Message To You, Rudy") and also had covers of Prince Buster and Toots & the Maytals songs from the late 1960s. In 1980, the EP Too Much Too Young (credited to The Special AKA) was a number one hit in the UK Singles Chart, despite controversy over the song’s lyrics, which reference teen pregnancy and promote contraception.Reverting once again to the moniker The Specials, the band’s second album, More Specials was not as commercially successful and was recorded at a time when, according to Terry Hall, conflicts had developed in the band. Female backing vocalists on The Specials first two studio albums included: Chrissie Hynde, Rhoda Dakar (then of The Bodysnatchers and later of The Special AKA), Belinda Carlisle, Jane Wiedlin and Charlotte Caffey (of The Go-Go’s). 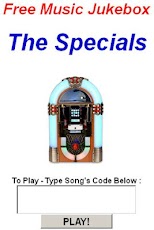 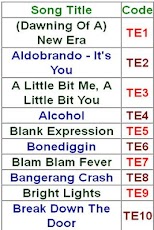