Play Tori Amos songs without the need to search for it in YouTube.Simply type in the song’s code from the list and play this virtual JukeBox !Tori Amos (born Myra Ellen Amos; August 22, 1963) is an American pianist, singer-songwriter and composer. She is a classically trained musician and possesses a mezzo-soprano vocal range. Amos originally served as the lead singer of 1980s synthpop group Y Kant Tori Read, and as a solo artist was at the forefront of a number of female singer-songwriters in the early 1990s. She was also noteworthy early in her solo career as one of the few alternative rock performers to use a piano as her primary instrument. Some of her charting singles include "Crucify", "Silent All These Years", "God", "Cornflake Girl", "Caught a Lite Sneeze", "Professional Widow", "Spark", "1000 Oceans", and "A Sorta Fairytale", her most commercially successful single in the U.S. to date.As of 2005, Amos had sold 12 million albums worldwide. She has been nominated for several awards, including 8 Grammy Award nominations.Amos was born in Newton, North Carolina, the daughter of Mary Ellen and the Reverend Edison Amos. When she was two, her family moved to Baltimore, Maryland, where she began to play the piano. By age five, she had begun composing instrumental pieces on piano and, while living in Rockville, Maryland, she won a full scholarship to the Preparatory Division of the Peabody Conservatory of Music. Her scholarship was discontinued at age 11 and she was asked to leave. Amos has asserted that she lost the scholarship because of her interest in rock and popular music, coupled with her dislike for reading from sheet music. In 1972, The Amos family moved to Silver Spring, Maryland, where her father became pastor of the Good Shepherd United Methodist church. At the age of 13 she began playing at gay bars and piano bars, chaperoned by her father.Amos first came to local notice by winning a county teen talent contest in 1977, singing a song called "More Than Just a Friend". As a senior at Richard Montgomery High School, she co-wrote "Baltimore" with her brother Mike Amos for a competition involving the Baltimore Orioles. The song won the contest and became her first single, released as a 7" single pressed locally for family and friends during 1980 with another Amos-penned composition as a B-side, "Walking With You". Before this she performed under her middle name, Ellen, but permanently adopted Tori after a friend’s boyfriend told her it suited her. At age 21, Amos moved to Los Angeles to pursue her music career after several years performing on the piano bar circuit of the D.C. area.In 1986, Amos formed a music group, Y Kant Tori Read, the name of which was a reference to her days at the Peabody Conservatory, where she was able to play songs on her piano by ear, but was never successful at sight reading. In addition to Amos, the group was composed of Steve Caton (who would later play guitars on all her subsequent albums until 1999), drummer Matt Sorum, bass player Brad Cobb and, for a short time, keyboardist Jim Tauber. Following several phases of writing and recording, during which Amos has since asserted that the band lost their musical edge and direction due to interference from record executives, in July 1988, the Y Kant Tori Read’s self-titled debut album was released. Although its producer, Joe Chiccarelli, has stated that Amos was very happy with the album at the time, it is now out of print and Amos has expressed no interest in reissuing it. Following the album’s commercial failure and the group’s subsequent disbanding, Amos began working with other artists (including Stan Ridgway, Sandra Bernhard, and Al Stewart) as a backup vocalist. 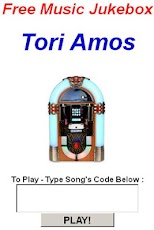 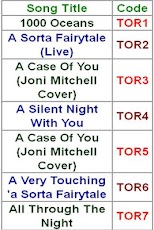