Play Van Halen’s songs without the need to search for it in YouTube.Simply type in the song’s code from the list and play this virtual JukeBox !Van Halen is an American hard rock band formed in Pasadena, California, in 1972. From 1974 until 1985, the band’s most commercially successful period, the band was composed of virtuoso guitarist Eddie Van Halen, vocalist David Lee Roth, drummer Alex Van Halen and bassist Michael Anthony. This line-up was changed when David Lee Roth was replaced as vocalist by Sammy Hagar. Critics and fans alike consider its 1978 debut album, Van Halen one of the most "original and revolutionary albums to change rock and roll." According to the Recording Industry Association of America, Van Halen is the 19th best-selling band/artist in United States history, selling 56 million albums in the U.S. and 75 million albums worldwide. Van Halen is one of only five rock bands that have had two studio albums sell more than 10 million copies in the U.S. Additionally, Van Halen charted the most #1 hits in the history of Billboard’s Mainstream Rock.Van Halen achieved worldwide fame for their many popular songs and larger-than-life stage performances; unfortunately, they also became known for the drama surrounding the departures of former members. Controversy surrounded the band following the exits of three former frontmen David Lee Roth, Sammy Hagar and Gary Cherone; this controversy often included numerous conflicting press statements between the former singers and the band. Following their 2004 concert tour the band took a hiatus from the public until September 2006, when Van Halen confirmed new bassist Wolfgang Van Halen’s place and Roth reunion rumors began to resurface. Both events coincided with the band’s Rock and Roll Hall of Fame induction on March 12, 2007. After years of speculation, Van Halen began a tour with Roth across North America in 2007 and into 2008. On December 26, 2011, Van Halen announced a tour for 2012, and released their first album in 14 years, A Different Kind of Truth, on February 7, 2012.Born in Nijmegen, Netherlands, Edward Van Halen and Alex Van Halen are the sons of musician Jan Van Halen. Young Edward first began studying classical piano, and became quite proficient (although he never fully mastered the art of reading sheet music). Eventually the Van Halen brothers started playing music together in the 1960s- Eddie on drums and Alex on guitar. While Eddie was delivering newspapers to pay for his new drum set, Alex would sneak over and play them. Eventually Eddie found out about it, and out of frustration he told Alex, "OK, you play drums and I’ll go play your guitar."In 1972 the Van Halen brothers formed a band called "Genesis" featuring Eddie as lead vocalist/guitarist, Alex on drums, and Mark Stone on bass. They initially rented a sound system from David Lee Roth but decided to save money by letting him join as lead vocalist even though his previous audition(s) had been unsuccessful. By 1974 the band decided to replace Stone, so Michael Anthony, bassist and lead vocalist from local band "Snake" was auditioned. Following an all-night jam session, he was hired for bass and backing vocals.The band later changed its name to Mammoth when they discovered the name "Genesis" was already being used. In 1974, Mammoth officially changed its name to Van Halen. According to Roth, this was his brainchild. He felt it was a name that had power, like Santana. They played backyard parties and on a flatbed truck at Hamilton Park. Van Halen played clubs in Pasadena and Hollywood to growing audiences, increasing their popularity through self-promotion: before each gig they would pass out flyers at local high schools. This soon built them a major following. 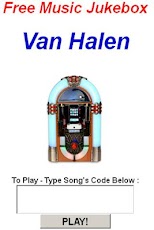 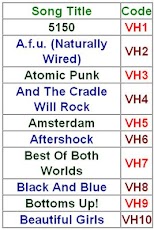