The very fake news network CNN, to use President Trump’s parlance, is now openly asking Facebook to ban Infowars from their platform. Previously, CNN lobbied YouTube for the same thing, i.e. to ban Alex Jones’ channel, but they failed at that, fortunately. And I am saying fortunately because I am a firm believer in free-speech.

Facebook invited me to an event today where the company aimed to tout its commitment to fighting fake news and misinformation.

I asked them why InfoWars is still allowed on the platform.

I didn't get a good answer.https://t.co/WwLgqa6vQ4

Oliver Darcy is a senior CNN media reporter and in this article he reveals how he tried to persuade Facebook top brass, the head of Facebook’s News Feed John Hegeman respectively, to ban Infowars on their platform. John Hegeman explained Oliver Darcy that Infowars did not violate Facebook’s terms of service in any way, shape or form, thus there’s no reason for them being banned/wiped out/taken down or whatever. However, Facebook admitted that it down-ranked Alex Jones’ website content in its algorithm. Here’s Facebook spokeswoman Lauren Svensson:

“We work hard to find the right balance between encouraging free expression and promoting a safe and authentic community, and we believe that down-ranking inauthentic content strikes that balance. In other words, we allow people to post it as a form of expression, but we’re not going to show it at the top of News Feed.”

Remember that CNN pretends to be an “impartial” news outlet, while in the same time engages in social justice warrior activism, using its considerable influence, both institutional and financial, to shut down a competitor. Regardless of what you may think about alternative media, whether we’re talking about Infowars, Breitbart or whatever news-outlet, this should concern you greatly if you believe in the freedom of the press and in the 1st Amendment in the Constitution.

I will close with a little piece of advice for Alex Jones:  just admit that your organization is the right wing version of The Onion and all your problems will go away. 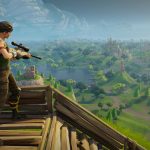 Fortnite for Android to Launch on July 24 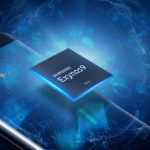