If you’re a Samsung smartphone owner or just a brand aficionado, today’s news is quite worrying, as we just learned that Samsung-made phones had the highest failure rate as per Q1 of 2018. The worrisome data was revealed via a report issued by “State of Mobile Device Repair & Security”,  via Blanco, a data security analyst company, and it covers the first three months of 2018 only.

According to hard data collected by Blanco, Samsung-made smartphones “boasted” (it’s pretty sad actually) the highest failure rate in the industry, or at least among the manufacturers tracked by Blanco, i.e. more than 1 in 4 smartphones had issues, or 27,4 percent. Apple’s iPhone 6 has the worst stats (as in failure rates) among iOS running devices, standing at 22 percent failure rate. The iPhone 6s follows, with 16 percent failure rate. Overall, Apple seems to be a tad more reliable with regard to the quality of its products overall, as Android models had an 18.9 percent failure rate as per 2018 (so far) while Apple stands at 15,2 percent. However, there are many manufacturers in the Android niche,hence these results are not quite relevant.

Also, it’s not surprising to learn that the iPhone 6/6s has double digit failure rates, as these models were plagued with manufacturing issues since 2016, when they were first launched. Now, with Samsung having the worst built smartphones as per Q1 of 2018, the second “best” is Xiaomi, with 14,2 percent failure rate, followed by Motorola on third place, with 9,6 percent failure rate.

As far as anecdotal evidence goes, I know four people owning Samsung Galaxy S8(+). All four of them have had problems with focusing and a blurry camera, and the fix was to hit the camera. This was actually a common problem. Besides that, two had the battery already being replaced, and the third one also doesn’t last long anymore (dies within 6 hours). 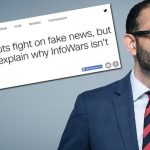