The Facebook Messenger Android app is arguably one of the most popular in the known universe, being downloaded and installed by hundreds of millions of users on their droids. Today we have excellent news for all of you diversity/multi-culti aficionados out there, as Lord Emperor Zucc has decided to upgrade his messenger with one of the coolest features possible: the Facebook Messenger will be soon capable of automatically translating your messages.

For now, The Zucc is rolling this awesome feature in the United States and Mexico, and initially, the service will be capable of translating only between English and Spanish (doh!). That’s phase one. Phase two will be Tower of Babylon, i.e. the Facebook Messenger will probably implement the translation feature for most of the languages spoken on God’s green earth. But that remains to be seen. The translation gizmo will be part of Facebook Messenger’s M Suggestions feature, that’s already implemented into the app.

How does it work, you asked? Well, it’s pretty straight forward: if you have set your Messenger’s default language to, let’s say Spanish, and you receive a message in English from your favorite gringo, well, what do you know: Zucc’s app will translate the message in Spanish automatically, for your viewing pleasure. Or at least that’s how it’s supposed to work in theory. First, a pop up will appear, asking if you want all future messages in English to be translated into Spanish, and if you give your consent, magic will happen. To avoid confusion (seriously, how confused can one be?), the Facebook Messenger app will deliver both the original and the translated message, just to keep it on the safe side.

Facebook first announced its new feature at the F8 developer conference, back in April. Unfortunately, if you’re not living in Mexico or El Norte, you’ll have to settle with the regular copy/paste/Google-Translate job for translating your messages, until Facebook decides to roll out its new feature to the rest of the peons in other countries. Stay tuned. 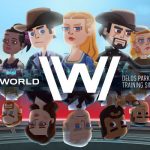 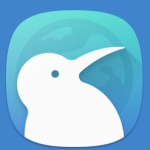