Kiwi is one of my favorite fruits, but today marks a double whammy for yours truly, as I’ve just learned there’s a Kiwi browser for Android out there, and that’s as good as it gets in my book. What is Kiwi, you asked? Well, there’s an old saying, about imitation being the best form of flattery. And yes, Kiwi is basically a Chrome based web browser, like many others we might add. What’s it for? Well, according to its developers, the brand spanking new Kiwi was engineered with an emphasis on speed. Because speed is all I need, to quote Billy Idol.

It’s worth emphasizing that Kiwi is relying on the Chromium web browser’s framework, which is more secure than Chrome and loads pages quicker, or so we’re told. The thing is, Kiwi was officially launched on Google’s Play Store back in April, and since then, it appears like it has been slowly but surely making its way up to the top, conquering the hearts and minds of users, thus ending up on the trending app chart, hence it caught our attention.

To cut a long story short, Kiwi for Android looks and feels pretty similar to its Chromium sibling, yet it comes with a few additional goodies compared to Google’s brain-child. Its main trump-card is Kiwi’s ability to load pages faster, and there’s also a dark theme built in, which makes it ideal for reading stuff on the internet at night. Finally, there are a bunch of additional security options built in the app. For example, Kiwi comes pre-loaded with an efficient adblocker, which comes handy, especially for beginners.

By the way, you can download and install Kiwi by clicking here, and we’d surely appreciate your input, i.e. if you liked it or not, how it feels, how it runs, what about its features, and so forth and so on. 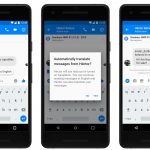 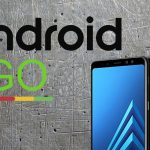