According to a patent filled by world’s biggest social media company back in November 2017, Facebook looks to profit off its users by tracking them in the real world using facial recognition technology. How does it work? Well, it’s pretty simple: since we’re uploading our lives on social media, including pictures and videos of ourselves and our families, pets, our latest acquisitions/gear or whatever, Facebook already has a huge data-base of people’s faces and their favorite stuff.

Now, the new patent shows that Facebook is contemplating the idea of tracking you in stores, by matching your face to your social-media account, i.e. it will make money off your face. The technology analyzes your friends, among other things, and creates a trust level to customers. Trustworthy customers are to be granted special treatment, such as privileged access to certain products. Facebook filled another patent that uses checkout counters cameras to capture your face, then match it to your Facebook account, with the “end game” being a message sent to confirm the purchase.

Everything Facebook is doing is pointing to the company’s desire to expand its biometric data collection, in order to use it together with facial recognition technology in the near future for various purposes, such as identifying people remotely by name without their consent nor knowledge, either to enable Orwellian (or Chinese-like) mass surveillance or to catch criminals. Other tech giants filled facial recognition patent applications, the likes of Google, Amazon and Microsoft.

Jennifer Lynch, who is a senior staff attorney with EFF (Electronic Frontiers Foundation) was quoted as saying:

“Facebook tries to explain their practices in ways that make Facebook look like the good guy, that they are somehow protecting your privacy. But it doesn’t get at the fact that they are scanning every photo.”

Here’s another hint of the brave new world dawning upon us: there’s a technology out there called RF-Pose, developed by MIT, which also uses AI to identify/track the movements and postures of people through solid walls by analyzing radio waves which are bounced off people’s bodies, just like a regular radar does.

By using this combination of visual data and AI to see through walls, we can enable better scene understanding and smarter environments to live safer, more productive lives. – Mingmin Zhao, Lead Researcher

They clearly are useful for law enforcement. But just because they are useful doesn’t mean they should be unregulated by the law…If police wanted to enter my home to conduct search or make an arrest, it has always been clear they would have to get a warrant from a judge first because the home is the most private place we have. – Nathan Wessler, Staff Attorney at the American Civil Liberties Union (ACLU)

We don’t doubt for a moment that the rise of increasingly sophisticated and invasive search technologies will invite us to venture down this way again — and soon. – Judges Official Statement on Police Radars 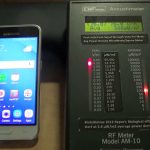 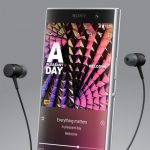