All people, including tech companies, acknowledge that cell phone radiation is not a good thing for one’s health, or at least that’s the theory, because in practice, 9 out of 10 popular smartphones are far above legal safety limits with regard to the aforementioned issue. This is the result of a very disturbing study performed by a French government agency, ANFR respectively. ANFR is France’s National Frequency Agency, and considering the public concerne with cell phone radiation, they’ve decided to see how many models of popular smartphones meet the government imposed regulatory limits.

It’s very true that smartphone manufacturers largely downplayed the risks of cell phone radiation, yet, in the same time, they claimed that their devices are in compliance with the law of the land. And that’s not true.

ANFR tested smartphones produced by Samsung, Apple, Motorola and Nokia. It is important to notice that earlier radiation-compliance tests (yes, the initial tests were passed) were measuring radiation absorbed by a test dummy that was filled with liquid, but, and here’s the kicker: from a certain distance, called separation distance. The new tests simulated real-life conditions, as most folks use their smartphones very close to their bodies. ANFR discovered that some of the smartphones tested in this way had 3x more radiation compared to the original tests. The tests used the SAR (specific absorption rate) metric, that measures how much radiation is absorbed by one’s body. The US allows a SAR of up to 1.6 watts/kg, and the European Union allows a SAR value of up to 2 watts per kg. The first tests, the ones that were passed, allowed for a separation distance of 1.5 centimeters between the smartphone and the dummy, while most people carry/use their phones in a different way, i.e. in their pockets or touching their heads, against their bodies basically. If the smartphones were tested the way people actually used them in real life, most of them would’ve failed the tests, and would be illegal in the US.

The biggest offenders in the new test were HISENSE SMART 5 at a SAR of 6.14, the Apple iPhone 5 at SAR 5.321, and the Motorola Motorlux at SAR 5.86 . Basically, most smarphones emit shockingly high levels of radiation in real-life use, i.e. when close to the body. Here’s a quote from the study (2017 figures):

You can read the results here. 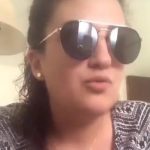 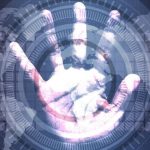