report, the downgrade of Facebook stocks by analysts was a surprise-move, following analyst firm MoffettNathanson prediction that Facebook will generate earnings below expectations in 2018.

“We believe that revenue growth deceleration coupled with the company’s long-term margin guidance does not provide a meaningful near-term path for outperformance,”  “Facebook is increasingly under the eye of global politicians and regulators, which will force the company to become more aggressive on spending to show contrition. The deceleration in growth, coupled with continued regulatory scrutiny, is a toxic brew for any stock.”

Facebook was said to have received its tens-of-millions of dollars of “private” funding from billionaire tech giant investor Peter Thiel, and the venture capital firms Accel Partners and Greylock Partners—all of whom were cutouts intended to give the appearance that Facebook was a private company; however, the truth is that Peter Thiele’s investment in Facebook was made using In-Q-Tel funding given to his startup firm Palantir—Accel Partners CEO James Breyer sat on the board of directors of military defense contractor BBN with In-Q-Tel’s CEO Gilman Louie—and Greylock Partners CEO Howard Cox served directly on In-Q-Tel’s board of directors. In-Q-Tel being the financial arm of the CIA. Just some fun facts for our readers.

How long before the advertisers request a rate drop due to a smaller audience? Once the revenue $$$ starts to reduce, Facebook will actually see less money. Now it is all stock-loss, so it doesn’t affect the actual $$$ being brought in. The future looks pretty bleak for Lord Zucc. 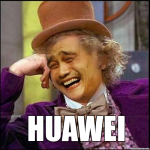 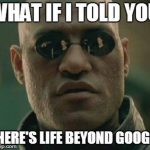 Hundreds of Android Apps Did Not Disclose 3rd Party Tracking