Chinese tech giant Huawei, one of the world’s biggest smart-phone manufacturers, was caught cheating, again, this time on mobile benchmarks. According to an analysis via Anandtech. Huawei’s modus-operandi is pretty similar to what Volkswagen did a few years ago with their diesel engines. If you remember the Volkswagen emissions scandal, the cars were capable of detecting when they were tested for emissions, and the on-board computer put the engine in a “limp” mode, i.e. the power-output was decreased dramatically, in order to meet the emmissions standards. They were cheating using high-tech means basically.

What Huawei did with their Honor Play smart-phone is basically the same thing,but in reverse. The phone comes with a benchmark-detection feature, which is aimed at allowing the device to achieve stellar test results in bench-marks, and not so much in the real world. How does it work? Well, it turns off the smartphone’s thermal and power limiting. Basically, the phone goes in “race-mode”, as in it gets pumped up full of steroids, just to get an awesome Mobile Benchmark score. Case in point: Huawei’s notorious gaming-device, Kirin 970-equipped Honor Play respectively, managed to achieve almost double the benchmark FPS (frames per second) with the Benchmark Detection feature enabled.

Kirin is a company owned by Huawei by the way, and they’re responsible for in-house made SoCs, yet they license from ARM. Huawei’s president of software, Dr. Wang Chenglu was confronted recently at IFA on this issue, and his excuse was that Huawei is just trying to compete in a wild-west  market with other Chinese smart-phone OEMs, who are also engaged in these nefarious tactics. Cheating, that is. Basically, Huawei’s Wang dude acknowledged that Chinese tech companies are all using unfair practices to, let me quote, ensure “future benchmark data in presentations is independently verified by third parties at the time of the announcement.”

Always remember: if you want to compare smart-phones (or any other devices), always use real world applications, not artificial benchmarks. The latter are pure marketing. Benchmarking is like the Kardashians of tech sites. The lowest form of entertainment. 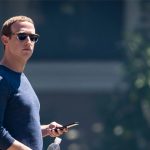