Google faces a huge $2.8 billion fine, as the EU alleges the tech giant “abused the dominance of its Android operating system for mobile phones.”. As WSJ reports:

The EU has alleged that Google strong-arms phone makers into pre-installing Google Search and the company’s Chrome internet browser on their mobile devices by bundling them with its popular Play store for Android applications, and at times paying them to pre-install Google exclusively.

I get the feeling the EU doesn’t like Google. Android is owned by Google so they have every right to push their services and apps; plus, Google doesn’t force people to use its apps and services, unlike Apple, where you cannot even choose the default app.

The precedent for this goes all the way back to 1999, or sometime in that era. Back then, Microsoft was the king of the world and taking in untold billions of dollars. They were positioning themselves to take over the internet space as well, when the US government made them split using anti-trust laws. The issue was that Microsoft built Internet Explorer into their windows OS.

The claim was that this derailed fair competition from competing browsers ( back then, the biggest competing browser was Netscape). Microsoft was accused of using Windows’ position as the number one choice of OS, being installed on 90% of PC’s around the world, to shut down software competition.

That’s the same argument being used here with Android. Android is the number one mobile OS around the world and that makes Google’s software services the first choice on those devices, effectively limiting or shutting out the competition outside the US. Not saying I agree with what the EU is doing here, but I do understand their reasoning. I love Google’s services and products. If they were not on my Android device at the time of purchase, they’d be the first order of business to install.  The fact is that Google forces very little. If you use a Samsung Android phone, the default browser, messaging app, keyboard, phone dialer etc are all Samsung. If Google was really not allowing competition the way MS was back in the day, they’d force Samsung to ship with Android Messages and Chrome.

In my idea of a perfect world, Google could ban all sales of Android running devices in the EU for a little while, and after these suckers can only buy $1000 iPhones, maybe Google would get an apology and they would get begged to come back and break the monopoly.

“I’m sorry EU, you’re gonna have to break Apple into two competing companies or let us come back. Your choice, you brought this on yourself.”

Oh I would die and go to heaven. 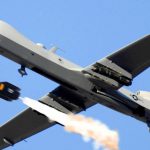