The Chinese tech giant is calling Samsung’s customers to wake up and smell the coffee, claiming that Huawei is the real deal with regard to providing real generational upgrades when it comes to flagships, unlike Samsung. And truth be told, many Samsung aficionados are complaining about the “incremental-step upgrades” from generation to generation for at least a couple of years. Here’s from Huawei:

We took a leap when we launched the Huawei P20 Pro, we’re all about real upgrades that will make a difference everyday like a triple lens camera with 40mp, 5x zoom and much more. Imagine what will come next…

The thing is, Chinese companies are eating Samsung market-share, while Samsung is really trying hard to beat Apple in the high end market. And it doesn’t seem to work well, as their phones are not compelling enough for Apple users to switch to Android.

While Samsung is busy making attack-ads on Apple, Huawei is slowly eating away at their market share. Unlike Apple, Samsung really cares and needs that market share. Apple only seems concerned about their margins and profits,which, truth be told, are in no danger from Samsung and Huawei at this point.

One may argue that Samsung is no better off than Huawei, as they’re both just hardware OEM’s, and nothing more. They do not own the software they are using, meaning they do not control its future. Moreover, they do not have any services, or control over the ecosystem. That is the real problem for Samsung, i.e.  they can’t stop the Chinese OEM’s from eating their lunch. They have no choice but to eventually compete on price with the Chinese OEM’s. They have no differentiation outside of putting as much specs as possible inside their devices. Something the Chinese (specs) can match them with no problems and most probably, at a lower price.

The Solution to Internet Censorship by Big Tech 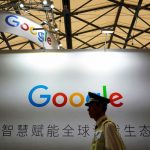