The Solution to Internet Censorship by Big Tech

In the aftermath of the big-tech crackdown on free speech (big internet-heroes like Alex Jones and Gavin McInnes  were banned/deplatformed recently, and so many others in the past), people seem to be fascinated by the magic “government intervention” solution to internet censorship. Basically, politically right leaning people are now asking for what the left has been pushing for the last decade: government regulation of the internet, in the form of transforming big-tech companies like Facebook, Twitter or YouTube into strictly regulated public utilities. However,  that would make them the official government-approved public square, cementing their position as de-facto monopolies. Literally. And that’s probably what they aimed at in the first place with this crackdown on free-speech: problem, reaction, solution 101.

Here’s the thing. We do NOT have to use any of these platforms. We could boycott the internet, and the stores. Hit them back right where it hurts.  First and foremost, Facebook, Youtube/Google, Twitter, Microsoft,etc. are all government intelligence front companies.

Facebook makes their money by exploiting and selling intimate details about the private lives of millions, far beyond the scant details you voluntarily post. They are not victims. They are accomplices. https://t.co/mRkRKxsBcw

Businesses that make money by collecting and selling detailed records of private lives were once plainly described as "surveillance companies." Their rebranding as "social media" is the most successful deception since the Department of War became the Department of Defense.

Around the same time, Google was becoming involved in a program known as the “Enduring Security Framework” (ESF), which entailed the sharing of information between Silicon Valley tech companies and Pentagon-affiliated agencies “at network speed.” Emails obtained in 2014 under Freedom of Information requests show Schmidt and his fellow Googler Sergey Brin corresponding on first-name terms with NSA chief General Keith Alexander about ESF Reportage on the emails focused on the familiarity in the correspondence:“General Keith . . . so great to see you . . . !” Schmidt wrote. But most reports overlooked a crucial detail. “Your insights as a key member of the Defense Industrial Base,” Alexander wrote to Brin, “are valuable to ensure ESF’s efforts have measurable impact.” –Julian Assange

Because YouTube belongs to Google and Google is the biggest supplier of user data to the US Govt. Everything you do on any Google service, any search, any email, ends up in the NSA spy cloud. And Google provides custom search technology to the Govt to spy on you better. #Pirates https://t.co/GPqy7L5lvr

Unfortunately all big US Internet companies are in bed with the deep state. Google, Facebook, YouTube, Twitter, etc. are all providing backdoors to your data. You may have noticed they all favor the Democrats. Why? Obama made them feel special for sharing your data. Privileges!

.@Google has built a custom search engine for NSA/CIA to index the global mass surveillance data from FVEY. #DontBeEvil #DoTheRightThing

Second, giving them ANY attention whatsoever only gives them more power. Third, even though there are other platforms, the true way out of this big brother NSA/CIA control is with P2P(bit torrent,etc.) type technologies, which at some point will be the only option to have a “free” internet.

Curiously, the so-called “Deep Web” is not some completely nefarious, mafia network as popular fairy tales would have you believe. It is various networks working on “different” ‘protocols’ than the usual http, https,etc.. protocols that dominate the “visible” internet. “Visible” only means that it can be indexed by a “search engine”. And all search engines(nowadays) are government controlled (aka Google). Thus it is the government that is deciding what is “visible” and “invisible” to everyone using the typical “browser”, based on the official protocols. The government is only allowing certain protocols, because information over those protocols can be easily indexed, categorized, controlled, data mined, censored, filtered, etc.

Also this leads into other questions about the government’s power over the internet.  How did this totalitarian, tyrannical model arise and fall into the hands of so few companies? This is a complex question in reality, but the answer can be somewhat summarized:

First and foremost, what makes Google/YouTube so powerful is their PHYSICAL presence with server-farms spread all over the world. These server farms locations have a massive amount of bandwidth, and have unthinkable amounts of hard disk storage. Thus they can “host”(physically store) all of these videos that people want available for viewing on the internet. This is the key to the power of YouTube and Facebook. Google(search) on the other hand, has a much more precarious hold as a “portal” to the internet, especially if people switch to other protocols.

Here is the MOST IMPORTANT POINT that people need to understand: this has led to the “dumb-terminal, mainframe” setup of the 1960’s. Basically, the mainframes do ALL of the processing and all of the storage, while the dumb terminals do nothing, but are a viewing apparatus into the CENTRAL mainframe. The dumb terminals are people at home with their computer and browser(Firefox, Chrome,etc.), and the CENTRAL “mainframes” are Google’s server farms. IRONICALLY, the internet was ORIGINALLY designed to do away with the dumb terminal/mainframe setup and have all computers be “equals” in the network; meaning, ALL computers would “host” as well as “view” information, and there would be NO CENTRAL “mainframe”(server farm), as central mainframes(server farms) are very susceptible to a targeted military attack.

There is much more to this subject, but to cut to the chase: the problem is the “server farms” and the fact the home computers are relegated to being “dumb terminals” that do not “host” information as servers themselves. … and this is where P2P technologies can be the prime weapon against government big brother control. 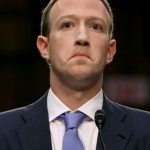 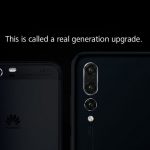