Smartphones are everybody’s best friend nowadays. We use them for almost everything, from communicating online to ordering a cab to booking airline tickets. Yet one sector that showed a lot of promise from the get-go apparently has still to reach its full potential. Mobile payment apps have been celebrated as the next big thing in online payment tech – so what is their current state of play?

Android and its variants remain the most widely used software on mobile devices, so it is only natural that competition is open and wild, with more and more companies coming up with their own mobile payment apps. This results in an uneven landscape, with apps struggling to attract customers and more importantly to gain wider acceptance with merchants and banks. With services like Google Pay, Samsung Pay and Square rivaling for the same audience, if you take into account dedicated mobile payment apps like P2P Venmo or TabbedOut, which focuses on the restaurant and bar industry, you can get a picture of the fragmentation of the Android mobile payment app industry. This fragmentation does not promote wider adoption, and location limitations create an even more confusing environment. While Google Pay is available in a total of 19 countries, including major markets like the US, Canada, Brazil, Australia, Japan, Russia, the UK, Spain and Germany, it is unavailable in most of Europe, Latin America, Asia and the whole of the Middle East and Africa.

You will find more infographics at Statista

While the global mobile payments market is growing by an estimated CAGR of over 33% from 2016 to 2022 and projected to rise to almost 3.4 billion in 2022, only 16% of Americans have managed to make a purchase using their digital wallet – probably due to the fact that no more than 36% of merchants in the US accept this option. According to the same source, Apple is winning: 90% of contactless transactions are made through Apple Pay when the option is available, which means more than 2,000 banks and financial institutions and over 4 million retail locations worldwide, compared to more than 600 US banks and 1.5 million stores for Android Pay. Could this be due to a different target demographic when it comes to Apple users? iPhones are also a lifestyle statement and brand enthusiasts tend to take full advantage of using their Apple products whenever they can. 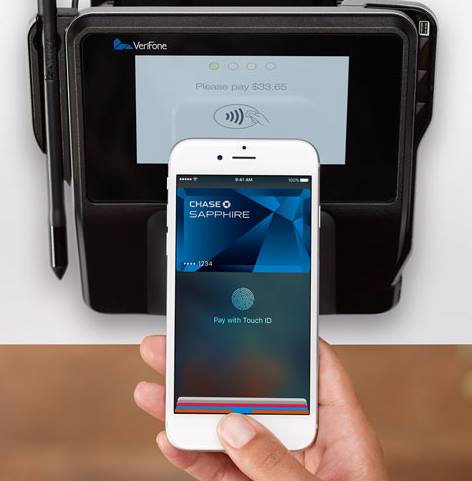 Security is also a big concern for consumers. When shopping online, clients appreciate cybersecurity safeguards like SSL encryption and compliance with PCI-DSS requirements. This means that online merchants have put security tools like a Web Application Firewall in place, which filters out malicious traffic and protects web applications against SQL injections and other OWASP Top 10 threats. Meanwhile, the landscape in online payments is still transforming: Mobile payment apps also need to adhere to PCI-DSS standards when processing credit card information, while they use anonymized tokens and encryption to protect consumers. Apple Pay is again taking it one step further. The platform is routinely using biometric data to protect the user, such as Apple’s FaceID or TouchID – which to some sounds like a privacy nightmare, but many consumers associate it with an increased level of protection.

Despite the fact that competition often results in better products, it seems that there is still a long way to go for the Android mobile payment apps industry to challenge Apple Pay’s dominance. 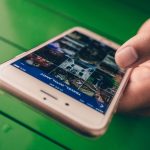