If the answer to the question asked in today’s article title is yes, I have a droid running slow and all that, the problem may be cryptojacking. As in, you may be a cryptojacking victim. If you don’t know what that means, well, to put it simply, your Android running device (Droid for aficionados) may have been hijacked by a clever hacker, and injected with malware,which is using your smartphone’s processor/GPU or whatever to mine for cryptocurrencies such as Bitcoin.

All these symptoms, the likes of losing battery life unexpectedly,  lagging and overheating might indicate that your smartphone is being used by a third party to act like an overworked and underpaid (zero paid actually) cryptocurrency miner.  What’s that, you asked? Well, to “mine” the interwebz for cryptocurrency is a hard task nowadays, hence hackers are using bot-nets (thousands of hijacked devices working together, whether we’re talking about smartphone or laptops, anything with a CPU) to do the job for them. Instead of using their own gear to solve the complex problems required for earning cryptocurrency, they are using yours.

The latest trick is to infect “gorillions” of droids with cryptocurrency mining malware, as the process requires serious computing power, that if you want to make money out of it, by having users install malicious apps on their droids. For example, a game loaded from Google’s own Play Store, Bug Swasher respectively, was found by ESET (an IT security company) to contain malicious software, i.e. mining cryptocurrency code. Every time a user installed the game on his/her droid (and there were up to 5 million people that did it), they also installed cryptocurrency mining  malware. These type of attacks are called cryptojacking.

“More and more mobile applications hiding Trojan horses associated to a cryptocurrency mining programme have appeared on the platforms in the last 12 months. On mobiles the processing power available to criminals is less, (but) there is a lot more of these devices, and therefore taking in total, they offer a greater potential.”-David Emm, security researcher, Kaspersky Lab

Google announced  that all cryptocurrency mining apps are banned from their Play Store back in July, but not even they know for sure which apps are legit and which ones are used as trojan-horses for hackers. To protect yourself from cryptojacking, try to only use legit-sites for downloading apps, have antivirus software installed and update to the latest Android version available for your smartphone. 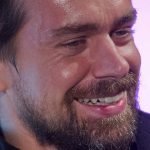