I know what you’re thinking. That awesome scene from The Big Lebowksi, when The Dude meets the porn-king and he gets told that the brain is the biggest erogenous zone. If you don’t know what I am talking about, check out this video and, by God, see the movie, it’s an evergreen:

To quote the “head” (pun intended) of development at Private, Patrick Garcia respectively (this guy really has a sick sense of humor):

“Computer-generated imagery (CGI) and robotics are going to be a big part providing content in a cost-effective way that meets personal or very niche tastes. Men, women and couples will be watching content designed with them in mind or engaging in flings with androids built to please. “Technology is satisfaction’s best friend.”

Never mind social alienation and the destruction of human intimacy.  The world has just about completed its trip to insanity and degeneracy. The eventual plot will be a sex doll becoming self aware and telling a customer she feels has empathy, she wants him to help her escape and get away and be a monogamous lover with only Him !

This is going to be the next big thing, at least in Japan. Mark my words. 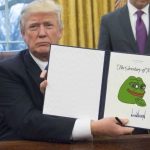 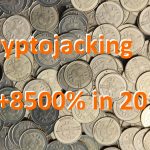