We are living in interesting times, as this week we’ve seen the mainstream media, also known as legacy media, stressing the importance of having a free press while working hard at destroying what’s left of it. In case you didn’t notice, the Boston Globe  organized more than 300 US based newspapers to wrote anti Trump editorials ( i.e. business as usual) last Thursday. This move was aimed at emphasizing the importance of having a free press, and also as protest of sorts against President Trump’s perceived efforts to undermine the respective free press.

By free press, they actually mean the corporate mainstream media, which is pretty much controlled and not a real free press, at least according to some folks on the left. And on the right. However, while the legacy media is protesting Trump’s criticizing of the”alleged”bias (over 90% negative coverage of his presidency, which marks a record of sorts), their pundits are trying in the same time to shut down alternative news outlets/independent media voices on the web (read Infowars et al). It seems pretty clear that the people who own and control the so-called “free press”, which is anything but free, actually want a controlled press both online and offline. Why is that?

President Trump is not against free speech, nor against a free press, that if you’re paying attention to his actual words/tweets. He is simply against fake news, as he eloquently put it a number of times, i.e. against pundits who are continually and regularly spreading false information about his administration and about him. It’s bizarre that legacy media pundits seem to believe that having a free press means they’re immune from criticism. The POTUS clarified his position regarding internet/social media censorship of Republicans and Conservatives very recently via a series of tweets:

Social Media is totally discriminating against Republican/Conservative voices. Speaking loudly and clearly for the Trump Administration, we won’t let that happen. They are closing down the opinions of many people on the RIGHT, while at the same time doing nothing to others…….

…..Censorship is a very dangerous thing & absolutely impossible to police. If you are weeding out Fake News, there is nothing so Fake as CNN & MSNBC, & yet I do not ask that their sick behavior be removed. I get used to it and watch with a grain of salt, or don’t watch at all..

….Too many voices are being destroyed, some good & some bad, and that cannot be allowed to happen. Who is making the choices, because I can already tell you that too many mistakes are being made. Let everybody participate, good & bad, and we will all just have to figure it out!

So, on one hand we have legacy media luminaries lecturing people on how important having a free press is to “democracy” (the US is not a democracy but a constitutional republic by the way), freedom or whatever. In the same time, they are working hard at having right wing commentators/internet pundits like Alex Jones banned from YouTube and social media. The cognitive dissonance on the left is amazing. I think Orwell described this type of “behavior” as “doublethink”. This is from Wiki:

Watch this video and ask yourself why is CNN still on Facebook and YouTube if morality is such a big issue for big tech? 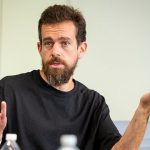 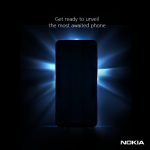