Speaking of internet-censorship and conspiracy theories regarding big-tech bias, we’ve just learned that almost one hundred percent, 96% to be exact, of Google  search results for “Trump News” are from left-wing (so called liberal) outlets. One may ask the question: is Google, world’s biggest tech company/search engine, manipulating its search-algorithms in order to prioritize some news outlets (left leaning that is) over others or is this just a freak coincidence?

Trump supporters and conservatives generally speaking have been asking this question for years now, i.e. is the internet giant deprioritizing right-wing news sites (most of them “alternative news sites”), thus hiding their content from users naive enough to still use Google’s search engine? Google always claimed that there’s no bias at work in their product, as in all news outlets/all websites are treated equally and fairly, but the general consensus, at least  in right-wing circles is that Google (and Facebook, and others) is picking winners and losers in occult ways.

To test this theory, all you have to do is to execute a Google search for “Trump”via Google’s News tab, then analyze the results of of your search by using Sharyl Attkisson’s media bias chart.

Now, you can see for yourself the blatant bias favoring left leaning websites, which are anti Trump media outlets by any metrics. The first page of Google results on Trump news search is filled with names like CNN, CNBC, The Atlantic, Politico, Reuters, USA Today or HuffPo. Not one pro Trump/right-wing leaning website is apparent on the first page of Trump News search results. If you analyze the first 100 results, CNN appears 21 times, Washington Post and NCB 11 times, CNBC 8 times, Atlantic and Politico 5 times and so on and so forth.

That clearly cannot be based on Google merely reflecting the popularity of CNN as a news source. Fox News’ audience is beating the socks off CNN. However, since Google is the most common search engine by far, if they’re sending everyone to lefty sites, those sites will pick up much extra traffic, making them more popular. It’s kind of a circular logic at work here.

As per a PJ Media analysis:

Just to clear things up, The Wall Street Journal’s editorial pages support the Republican establishment. Their news pages are just as far left as the New York Times. Neither of them supports Trump.

Google’s search algorithm is nothing short of esoteric, and following Trump’s election, the vast majority of right-wing/conservative sites reported a dramatic drop in traffic, which has never recovered. Here’s from a PJ Media piece:

“Can I Rank,” an SEO company in San Francisco, also found an anti-conservative bias in Google search results. The company studied over 1,200 URLs that ranked highly in Google search results for politically-charged keywords like “gun control,” “abortion,” “TPP,” and Black Lives Matter” and then assessed whether there was a political slant to the articles.

“Among our key findings were that top search results were almost 40% more likely to contain pages with a ‘Left’ or ‘Far Left’ slant than they were pages from the right,” Can I Rank found. “Moreover, 16% of political keywords contained no right-leaning pages at all within the first page of results.”

Google does this with virtually any subject you can dream up to search, and one in particular is “black unemployment.” The top two talk about low black unemployment with “but there’s a catch” in the title. The Washington Examiner is on the second page of results, the Daily Caller on the third, but I would bet that less than 5% of people go past the first page of search results on nearly any topic.

Herein lies the biggest meddling that will take place this November, Google search results, mainly because it’s undecided voters who find it important to gather information on topics at the last minute, so they can figure out how or for whom to vote.

Also, try searching the term “conservative” and “liberal”. Oddly enough they both direct you to the same liberal websites. Did I say “oddly enough”? I meant “of course.

If you go back into the 90’s and 2000’s, you’ll see that many people have noted how left-leaning Googles news and search results are. I.e., they’ve been doing it for so long, they probably can’t see anything wrong with it. However, I really don’t understand  why is anybody still using Google for searches?

duckduckgo.com does not filter search results and does not track you across the Internet. It’s a great search engine, give it a try. 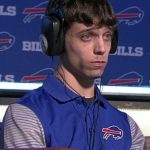 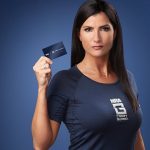