The official launching date of the upcoming Samsung Galaxy Note 9 beast was confirmed for August 9, but today we just got word about its main specs and features. Ain’t internet grand folks? The Samsung Galaxy Note 9 was leaked due to the famous industry insider/tipster/troll extraordinaire Eldar Murtazin, who delivered the world a detailed-hands on report regarding Samsung’s next best thing since sliced bread.

Eldar Murtazin claims that he actually spent a significant amount of “quality time” with Samsung’s next sensation, and forget about that saying on “extraordinary claims require extraordinary evidence”. I mean, it ain’t gonna happen folks. Evidence, that is. So, Eldar tinkered with a pre production unit for a few days, or at least that’s what he says, and thus he was able to evaluate the Samsung Galaxy Note 9’s hardware and software. According to the industry veteran, the Samsung Galaxy Note 9 will look pretty similar to the current Note 8, at least from the front. Which means, most of the time. Things change on the back panel, as the fingerprint scanner was relocated under the smartphone’s dual-camera setup, in order to prevent accidental touches on the lens. Also, the Galaxy Note 9 is built using pretty much the same materials as the Note 8, nothing to write home about in this department.

What’s different in the Note 9 is the weight, as the smartphone feels significantly heavier due to its huge 4,000 mAh battery, which offers up to 2 days of autonomy (normal usage) and up to 24 hours of video playback, which if confirmed, is pretty impressive, to say the least. Murtazin emphasized the Galaxy Note 9’s phenomenal speed, describing it as one of the snappiest smartphones out there, with changed UI animations and an overall awesome user experience. The Note 9 phablet will start at 6 gigs of RAM  and 128 GB of internal storage capacity, with the highest-end version standing at 8GB of RAM/512 GB of storage. There are also 2 flavors of the Note 9: an in-house made  Exynos SoC for the “international” version, and a Snapdragon 845 for the US and South Korea markets, as per the company’s tradition. The S Pen is now capable of unlocking the smartphone remotely and it features Bluetooth support.The display will be improved in regard to sunlight legibility, as well as the camera, via ISOCELL technology. There are also rumors about Samsung halting shipments of its current Note 8 to the company’s retail partners, which strongly suggests that the Note 9 will not be very different from the Note 8, hence Samsung is taking proactive steps to boost the sales of its next phablet. To sum it up: same phone, bigger battery…$1000! 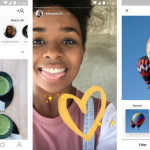 Instagram Lite for Android Rolls on Google Play
Which Are the Top Android Apps in South Africa?