The Impact of Betting on Sports Media Business

The sports television industry is struggling to thrive in the market against video games, smartphones and social networks. Expensive cable subscriptions, an ageing audience and increasing rights costs are some of the reasons that have resulted in the shift from television to streaming services.

The supreme court has ruled out a 26-year-old federal law that prohibited sports betting in the US. In the coming years, this will prove to be a healthy dose of optimism for the industry.

Appetite for sports consumption will increase

Most people agree that the appetite for sport consumption will surely rise because of the decision taken by the supreme court. Industry executives and experts say that the ruling is likely to produce the next major boost to the value of the sports television industry. According to a study by Nielsen Sports, bettors made up 25 per cent of the sports television audience but accounted for 47 per cent of all minutes viewed. Bettors watch about twice as much sports coverage as non-bettors do. Some of them even place bets on their favourite casino games in Omnia Canada while watching sports.

“Hands down, it’s a huge deal,” said Brad Humphreys, a sports economist at West Virginia University. “How huge will depend on how quickly states move and how many states legalize sports betting.” Betting on sports accounted for $5 billion in revenue in Nevada last year. But the figure is dwarfed by the amount bet in illegal ways, which could be anything from tens to hundreds of billions of dollars.

Introduction of ESPN+ by ESPN

According to a report by the UK Gambling Commission, bettors in Britain wagered over $20 billion on sports in 2017. The revenue generated by betting is retained by broadcasters, league and teams. Betting companies in the United Kingdom are estimated to put 20 to 30 per cent of revenue back into advertising, mostly on television. ESPN has introduced its sports streaming service ESPN+. It features thousands of live games at $4.99 per month. Even less high-profile events are likely to see a boost and they will surely benefit ESPN.

“We haven’t started making shows that target sports betting fans, but such programming has been on the ESPN+ content road map from the start,” said Connor Schell, executive vice-president for content. “The company has thought about the conversation on betting in line with what Doug Kezirian is doing in his podcasts.” The Vegas Stats and Information Network co-founded by ESPN broadcaster Brent Musburger streams 12 hours of betting focus videos a day. 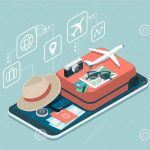