According to a report via Common Dreams, a top Facebook executive, Campbell Brown respectively, warned news outlets during a closed-door meeting that if they refuse to “cooperate” (whatever that means in new-speak) with the social media behemoth in its efforts to, let me quote, “revitalize journalism”, they’ll be left to die “like in a hospice”.

The totalitarian comments of the Facebook top-exec were first revealed by an Australian news outlet via the headline “Work With Facebook or Die: Zuckerberg.”

Facebook’s PR department insisted that the respective comment was taken out of context. However, 5 persons who attended the 4 hour meeting confirmed what Campbell Brown has said during the “encounter”.

“Mark doesn’t care about publishers but is giving me a lot of leeway and concessions to make these changes,” Brown reportedly said, referring to Facebook CEO Mark Zuckerberg. “We will help you revitalize journalism… in a few years the reverse looks like I’ll be holding hands with your dying business like in a hospice.”

On Monday, Facebook “vehemently“denied the veracity of Brown’s comments, yet the social media giant refused to release their own recording of the gathering, or the transcript, which speaks volumes in itself. What Brown has said is basically a wake up call for news outlets who fail to go on with the program, as the future of news-media will see tech corporations like Facebook as the judge, jury and executioner with regard to what is trustworthy news and what’s not. P

After the crackdown on conservatives by big tech, progressives are now fearing that they’re next, as Facebook revealed their first part of what’s dubbed Facebook Watch initiative, which is an effort to combat fake news/disinformation on the platform by news segments courtesy of corporate outlets like CNN and Fox News.

Judging from what happened lately with Alex Jones and others, anyone who cares about freedom of information and news must understand that Facebook and social media in general are a fundamental threat, and that we need alternative delivery  mechanisms.

However, in the big scheme of things, Facebook is finished. They are no longer “cool” with the kids, which means no more growth. Which, by the way, is why Facebook bought Instagram, the kids are still there, big time.

And now all their misdeeds are being exposed, and people are starting to understand Facebook cannot be trusted, so existing users will start leaving, then the advertisers and investors will follow. It’s just a matter of time.

Zuck knows this, which explains why he is dumping lots of shares. 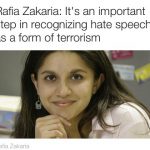