This is not a joke, unfortunately, but Twitter’s latest stunt: Dr. Rebekah Tromble, who incidentally is a rabid Trump hater and a left wing activist was reportedly hired by Jack’s company to examine, let me quote: uncivil discourse and echo chambers, on behalf of Twitter of course. By the way, the same woman is helping Twitter to develop software which targets “hate speech”, whatever that means.

The obvious question must be asked: what could possibly go wrong, right? Dr. Rebekah Tromble is an assistant professor of political science at Leiden University and she’s currently working with Twitter to, let me quote again: “develop algorithms to understand the different between intolerant discourse such as hate speech, and disagreement or incivility.”

Basically, the end result of Rebekah’s work with Twitter will end up with an algorithm that will decide what speech is allowed on the platform and what speech is banned. Guess who’ll win? I’ll make it easy for you. Here’s from Rebekah’s immortal words (goes to impartiality, just kidding):

Trump quintupled down on his commitment to white nationalists. They're just about all he's got left. Bannon ain't goin nowhere. https://t.co/qkg7mKx7vw

We march for solidarity–to let you know that you are not alone. #WomensMarch

Here’s an article she wrote in WaPo of all places, complaining about Hillary Clinton facing a heavy dose of sexism and a barrage of negativity o Twitter, from “deplorables”, of course:

Remember that Twitter is under heavy pressure lately in regard to the social media network’s shadow-banning of conservatives and its political bias; even President Trump tweeted recently about these issues and threatened with legal action. As a result, Facebook and Twitter stock dropped massively. And now, Twitter hires a hardcore leftist and a Trump hater to help create a piece of software what will most probably lead to even more censorship on the platform. Leftists are not known for their love of free speech or diversity of opinion, regardless of what they claim. 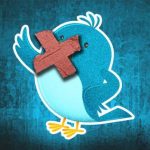 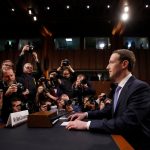