According to David Nunes, the House is set to pass laws to deal with Twitter/Facebook/social media in general censoring conservatives:

Rep. Devin Nunes: I don’t know what Twitter’s up to. It sure looks to me like they are censoring people. And they ought to stop it. And we are looking at any legal remedies that we can go through.

I call it clear evidence of a conspiracy of Twitter (among others) to use their position as leader in this technology & communication niche to undermine the 1st amendment rights of people they disagree with politically. And we’ve been clearly seeing the results of that conspiracy being played out by them using their organizations to censor voices on the Right. I believe the only legal recourse (except from the Federal Government stepping in and regulating social media) would be a massive class action lawsuit against Twitter, Facebook et al.

The people that run Twitter and Facebook should know that they are heading down a dangerous road. They are basically inviting government intervention by the actions they are taking. Their reach is too large for the government to stay out of it if they continue down this road. People and companies rely on these forms of communication for their livelihood, and the government could very easily declare them essential for Commerce and National Security;  if that happens, they are done as private companies.

I’m against the government telling a company how to run their business on principle, but the reality is that most companies are regulated: financial services, mining companies, food companies, manufacturers, etc. They’re pretty much all regulated – you can’t even make cookies in your kitchen and resell them.

Unfortunately that all means an expansion of govt, so I hope others have better solutions. Ultimately, I hope conservatives leave Twitter and the other hard left platforms so that government doesn’t need to be involved at all.

Ideally, Tweeter, Facebook and the rest would have to come clean. They are either modern day town square, which is open to everyone -which they claim they are by the way- or they are private clubs who reject/discriminate against anyone who’s different than them/disagrees with their political views. 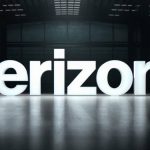 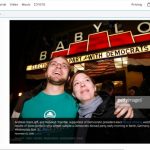