Twitter shares took a nose dive on Friday after the company announced that the number of active users declined by one million compared to the first quarter of 2018, to 355 million monthly active users respectively. The company’s stock tanked 20,5 percent on Friday, to $34,12 a share, with Twitter losing 6.6 billion dollars in capitalization.

While the 6.6 billion Twitter lost on Friday pales in comparison to Facebook’s historic 119 billion loss in capitalization, also in the aftermath of an earnings report that revealed a slowdown in user-growth, it’s actually the largest stock drop Twitter has seen in the last couple of years. Maybe this tweet from President Trump has something to do with investors losing faith in Jack Dorsey, who knows?

Twitter “SHADOW BANNING” prominent Republicans. Not good. We will look into this discriminatory and illegal practice at once! Many complaints.

“People are asking us if we shadow ban. We do not. But let’s start with, “what is shadow banning?”

The best definition we found is this: deliberately making someone’s content undiscoverable to everyone except the person who posted it, unbeknownst to the original poster.” –Twitter

“We do not shadow ban. You are always able to see the tweets from accounts you follow (although you may have to do more work to find them, like go directly to their profile). And we certainly don’t shadow ban based on political viewpoints or ideology.” –Twitter

Basically, Twitter admits that some people’s tweets will never appear on their followers’ news-feed, unless one visits the respective timeline directly. And that’s shadow-banning by any definition.

This is remarkable from $TWTR
– defines shadowbanning
– says they don't shadowban
– then says that for some accounts you have to go visit them to see their tweets@jack you might need to take the nosering out and clean house pic.twitter.com/3sTlkDWM4G

By the way, Twitter engineers were recorded by Project Veritas admitting to routinely shadow-banning users back in January.

Our undercover videos show Twitter engineers discussing "shadow banning" at length, how it gives them "ultimate control," that they will "ban a way of talking," and how they target your supporters specifically. pic.twitter.com/f5MA2RrPq7

Abhinav Vadrevu:  “One strategy is to shadow ban so you have ultimate control. The idea of a shadow ban is that you ban someone but they don’t know they’ve been banned, because they keep posting but no one sees their content.”

“So they just think that no one is engaging with their content, when in reality, no one is seeing it. I don’t know if Twitter does this anymore.”

Although Twitter presents itself as politically neutral, it’s culture behind closed doors is one of blatant censorship and systematic bias. Watch closely @jack, because you know we are. FULL VIDEO: https://t.co/Tqrd4FBr2v pic.twitter.com/DBOIcEvX8W

“A lot of unwritten rules, and being that we’re in San Francisco, we’re in California, very liberal, a very blue state.You had to be… I mean as a company you can’t really say it because it would make you look bad, but behind closed doors are lots of rules.”

“There was, I would say… Twitter was probably about 90% Anti-Trump, maybe 99% Anti-Trump.”

The truth is that Twitter is using more advanced techniques than a simple shadowban, things like surreptitiously undoing likes and retweets, and making things non-visible most but not all of the time.

Bottom line is yes, they are censoring and they are getting more sophisticated at it over time. And yes, they are beginning to pay the price for that, just like Facebook.

The legal doctrine of “common carrier” is very old, pre-dating motor vehicles and electronic communications. It began with the idea that if you have a monopoly or near-monopoly on anything, you had to treat all customers equally. If you had a ferry service, for instance, you couldn’t make a deal with one business to not serve its competitors, or charge one customer less or more than any other for the same service. That this doctrine is now violated on a massive scale for political reasons by Facebook, Twitter, and You Tube is chilling and demands immediate legal remedy. That Congress hasn’t already acted on this, well, stop electing idiots. 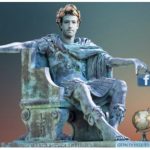 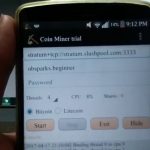