According to reports, one of Facebook’s major shareholders just filed a proposal to fire Mark Zuckerberg from his chairman position due to, let me quote, election meddling scandals and the mishandling of recent privacy issues (Facebook selling  user-data to China and all that). The proposal was filed by Trillium Asset Management on Wednesday, to oust Lord Zucc as both CEO and chairman of Facebook, as per a Business Insider article.

The complaint argues that Facebook shareholders (others than Zuckerberg himself, who by the way owns a whopping 60 percent of Facebook’s voting shares) are unable to check Lord Zucc’s power over the company. Basically, investors feel that Mark Zuckerberg is a dictator of sorts, and a bad one at his job, considering how Facebook stock is plummeting following a disastrous quarterly report.

Now, if you ask me, I am amazed this hasn’t happened sooner, as most people I know are very unhappy with Big Tech monopolies, the blatant internet censorship as of late, not to mention Silicon Valley’s unethical business practices, the likes of rampant censorship on their platforms, or the recent Cambridge Analytica data mining scandal. Facebook’s failure to safeguard users privacy/data combined with their army of thought-police looking to ban you for writing/saying politically incorrect things made people not to trust them anymore.

Facebook lost 150 billion dollars in market value as its stock took a nose dive on Wednesday, while Zuckerberg himself lost almost 20 billion dollars in just a couple of hours. Always remember that regardless of what you were told, Facebook was designed as a data mining operation from the beginning. It’s a matter of public record that Mark Zuckerberg called Facebook users “dumb fucks” (his actual words), mocking them for trusting his platform with their private data. At least he was sincere, and he knew what he was doing since the beginning. Here’s the exchange:

Zuck: Yeah so if you ever need info about anyone at Harvard

[Redacted Friend’s Name]: What? How’d you manage that one?

Zuck: They “trust me” 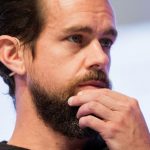 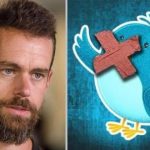