Companies that are thinking about developing applications for their customers or for internal use may consider one of three options for mobile applications – native, web, or hybrid. We believe there is no technology that is particularly the best in all circumstances. You cannot make a bowl of salad from anything that is in your fridge, the same story with an app – you cannot make an app from anything, for any OS.

That is a philosophy of native mobile app development, it’s a versatile system, which can work only on a specific operating system (iOS or Android), it has unique UI/UX and requires access to such services, that web apps don’t need (geolocation or accelerator). The stats show that for the current year users have spent on mobile apps 8x time than mobile web.

The question is still up in the air and keeps on being debated – what makes native mobile apps really popular?

By native, we mean a mobile application that is created for a specific platform and directly installed on the user’s device (occupying a certain amount of memory). A user downloads such applications through the app store of a particular platform, such as the Play Store for Google and the Apple App Store for iOS.

What does native app win before hybrid and web? Designation of geo-location allows companies to customize their loyalty programs or promotions. Data actions (or inaction) of the user can be easily collected and analyzed, thus facilitating the assessment of the effectiveness of the entire application or its individual functions. Native applications tend to work and “feel” better. Web applications are sometimes created to imitate native ones, but design possibilities and the Internet speed limit them.

Hybrid applications are something between native and web applications and share mobile app ideas in their origin. One of the most popular technologies for building hybrid mobile apps is Ionic – find out more. In fact, they are created to look and be used as native applications. They are also installed on the user’s phone and can be found in the app stores. The difference is that they must be placed within the native application and are created to work through WebView, and thus they can access information on the user’s device for great features.

It is not a difficult question “how to become a mobile app developer”, but “how to find a niche for quality development”, as mobile app development increasing day and night. Making a decision about your way of programming app will facilitate their usage for potential users, whether it will be a whole app or require an Internet connection.

Talking about advantages, important to mention the main disadvantage of native apps – you have to develop apps separately for each platform you need. As one of the authors of the Forbes said about native apps: “You definitely have more than two option. The tricky part is that there is no best choice”. In last years appeared alternatives for reaping the benefits of cross-platform app development without losing the UI or access to native APIs. One of such platform is React native, which worth a look. It was 2015 when Facebook launched an open-source project React Native, where you can build both native iOS and Android apps with one codebase. This became such a popular platform that for 2018 React Native mobile app developer salary is $115.462 annually in the USA.

Agile is an iterative development model in which software is created incrementally from the very beginning of a project, in contrast to cascade models, where the code is delivered at the end of a working cycle. It is important to focus on the constantly changing conditions of the external and internal environment and to take into account feedback from customers and users. Developers and engineers have many opportunities for experiments without limiting themselves to solid frameworks and standards.

The applying of agile development facilitates mobile app development and make better productivity so that the mobile apps are ready for interaction after being released.

Scrum is a “structured approach.” A universal team of specialists is working on each project, which is joined by two more people: the product owner and the scrum-master.

The Scrum approach divides the work process into equal sprints – usually, these are periods from a week to a month. Before the sprint, tasks for a given sprint are formulated, in the end – the results are discussed, and the team starts a new sprint. Sprints are very convenient to compare with each other, which allows you to manage work efficiency.

Kanban is a balanced approach. Its task is to balance different specialists within the team and avoid a situation where designers work for days and developers complain about the lack of new tasks, thus it improves the user experience. The whole team is one – in Kanban there are no roles for the product owner and the Scrum master. The business process is not divided into universal sprints, but at the stage of occupation with peculiar tasks: “Discussed”, “Launched”, “Tested”, “Completed”, etc.

If you need high speed and your application will directly use the camera, RAM, video chip, Bluetooth, Wi-Fi, the screen and – develop a native application;

If you are interested in high security and you are working on a really great project, develop a native application. The Agile methodology will help bring the highest quality product to the market, and you will be able to create out of the box software rewarding your efforts. 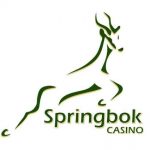