The article focuses specifically on the VR beginners who want to handle with VR sufficiently and enthusiastically. The industry of given hi-tech requires a quick reaction, a deep concentration, maximum attention and a great interest in any extraordinary cases.

Hardware and its availability

The first topic should be examined is hardware and its accessibility to the particular client or VR expert. Not every high-tech developer applies the whole set of devices while the trial process. Some studios have the goals to produce the exclusive output. It is quite natural that the info filling and game creators frequently have connections with the largest device constructors who give them the possibility to the professional kind of hardware.

For high-quality VR headsets requires the powerful computers that what the ordinary employees can imagine. The mobile VR forms the lower entrance mark for the experts who just begin to deal with.

One piece of advice: If one thinks about the apps and their specifications to the tools, it is significant to operate the reliable hardware. Then the trial period should be performed to avoid errors and to gain more practice.

Any project may be generated without big investments if you are a developer. Generally, the fundamentals of virtual reality development are the components of 3D programming. Then there appears the possibility to invest the issue and to get the source-complete appliances and tools.

Some finances should be spent on occasions, meetings, and reserves. The virtual meetings become the primary source of the co-worker communication and trends in the industry. As for the conferences, they are a great chance to improve the acquired practice before.

After figuring put all basics of the hi-tech, the beginner may immerse into the investigation of the new platforms, the app programming interface, and the approach of working performance.

There are a few characteristics for creating VR apps at the present time, so it is essential to learn some original skills and to apply the received knowledge to handle it.

If the web creator performs VR issue, it should be used such programs and languages as UnityScript, A-Frame, and WebGL.

If the Java developer forms VR project, the popular basic cores are Unity, C#, and Java.

If the creator has some fixed ideas, he/she should structure all stages of VR progress, education methods, and even the deadline for every step to gain success.

Summarizing up all the above issues, it is essential to indicate VR the perspective hi-tech and new chance to overcome the strange peak.

The writer of this article is Yana Krevsun, a representative of ServReality team (https://servreality.com/), VR and AR software development company deals with the improvement and generation of the hi-tech apps. Our goals is to satisfy the customer’s needs and demonstrate the fantastic results in VR progress. 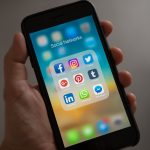