If you’re an avid Android gamer, you know things tend to move slowly as far as new Android Games are concerned. Such is the case with Scribblenauts Remix from 5th Cell and Iron Galaxy Studios, as the game was released on iOS in 2011 before popping up on the Amazon Appstore a few weeks back. It’s still not available on Google Play, but after spending some serious time in the world of Scribblenauts I thought it was high time for a review. 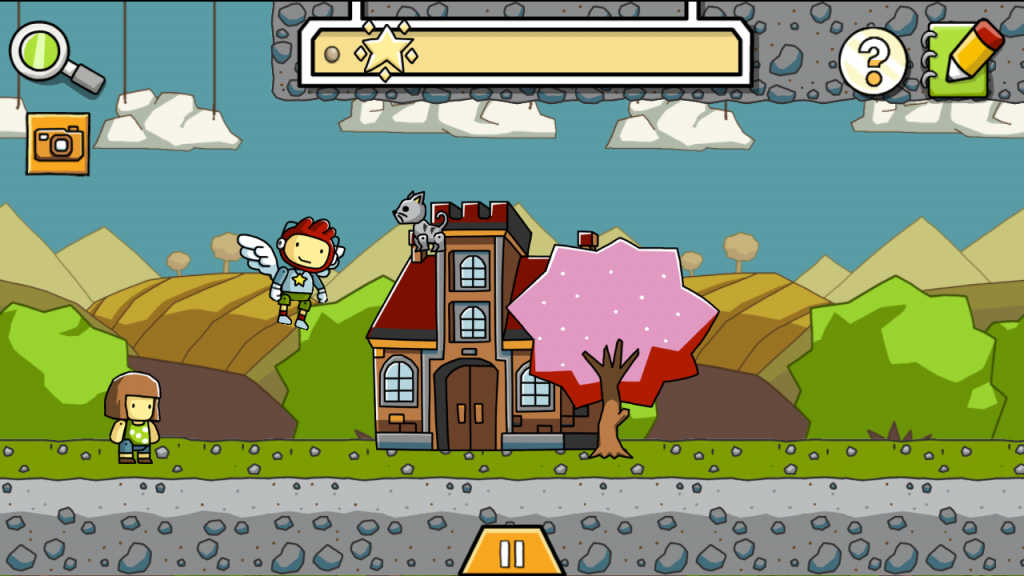 Scribblenauts Remix is a game that requires you to put your thinking cap on and get creative. The game has you use nouns and adjectives to complete each level, but probably not in the way you’re thinking. Almost anything you type will magically appear in Scribblenauts, and the possibilities are virtually endless. I spent several  hours just playing around on the main screen before even attempting a level. That’s how good Scribblenauts Remix is.Whether you want to make a Giant Rainbow Lizard, Tiny Medusa or just a simple Bowling Ball Scribblenauts Remix has you covered. 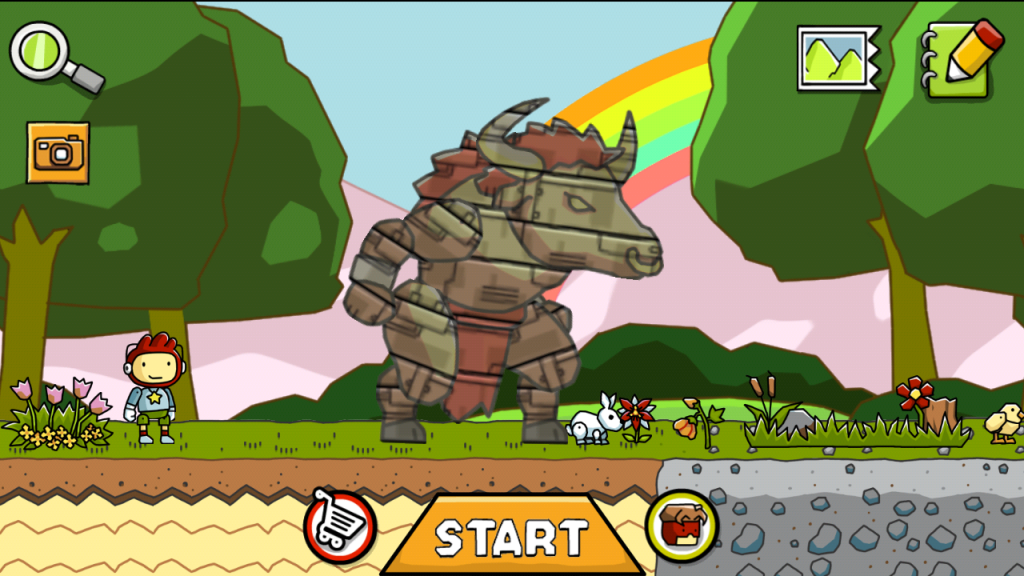 What’s cooler is the fact that your creations interact with each other and you can interact with them. That Tiny Medusa came in handy against a Robotic Minotaur I created when it turned it to stone and stopped it from trying to kill me. Medusa had to be stopped as well, but that was made easy with a “large mirror”. I could have taken her out with a bazooka, but wanted to do it the traditional way as I was wearing armor at the time.

As cool as playing around in sandbox mode is, there are missions to complete and your guide through Imagination Land is a boy named Maxwell. Most of the levels are fairly simple, but a few will take you a while to figure out. Each level gives you a series of problems to solve and they vary wildly from helping a teacher put together a class room, to saving cows from aliens, and figuring out Astrological Signs. 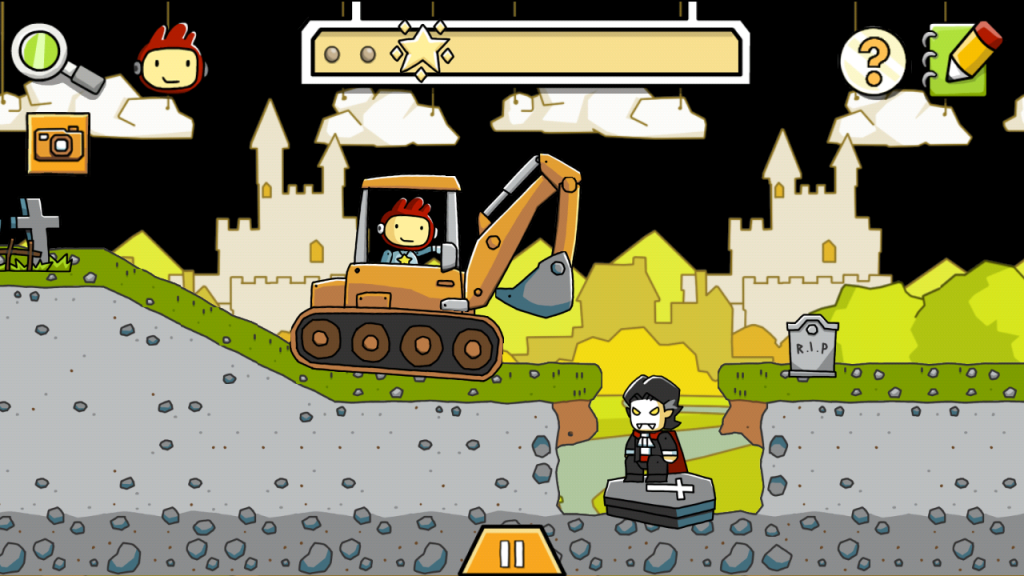 There are 5 different worlds with 10 levels each giving you a total of 50 levels; if you buy the additional “World Pass” via IAP you’ll get an additional 7 worlds and 70 more levels for only a buck. You’ll also receive any future levels free of charge once you’ve purchased the World Pass. In addition to the World Pass, you can purchase Avatar packs for $0.99 apiece that let you play as different characters including a Vampire, The Invisible Man, and Maxwell’s evil twin. 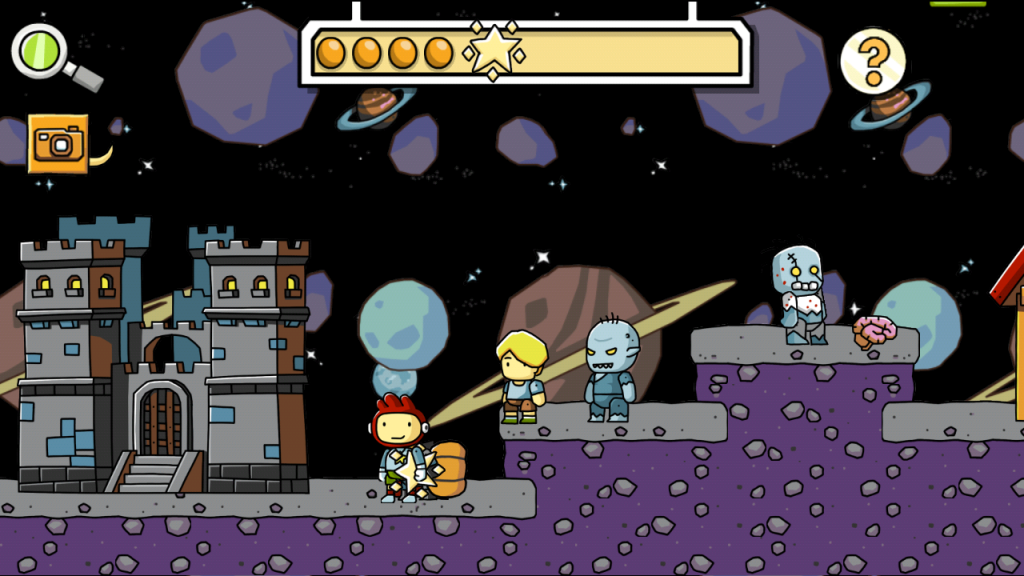 It may have taken a long time for Scribblenauts Remix to make it to Android, but it was well worth the wait. It’s easily one of the best games I’ve played this year as it really allows your imagination to run wild. It’s also an insanely good deal as the game coupled with the World Pass gives you 120 levels, free updates on new level packs, and the Sandbox mode for only $1.98. Needless to say, it’s a game you need to check out regardless of what types of games you normally play. You can pick up Scribblenauts Remix for $0.99 on the Amazon App Store.