The 8 Best Apps For Mini-Games

Every now and then it’s nice to substitute a typical mobile game for one that bundles a number of mini-games in one. Sometimes it’s fun because of the sheer variety, and often mini-game collections are also pretty amusing. Whatever the specific appeal may be, here are eight mini-game collections any Android user can enjoy.

1. Mini Mix Mayhem Usually, the idea of a mini-game 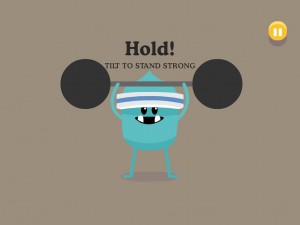 collection is a single download that offers multiple games within. That’s what Mini Mix Mayhem does, with one twist: you play four of its mini-games at the same time! Touch Arcade described the game in amusing terms, notably as “a hectic mess of fluttering fingers and multitouch Twister.”

2. Pocket God
Described on its app page as an “episodic microgame,” Pocket God is a pretty simple but endlessly amusing idea that sets you up as a deity in charge of an island and its population. Most of the fun is in zapping your islanders with lightning (and other similar activities), but an array of included mini-games in addition to a lengthy series of levels (or “episodes”) makes this a surprisingly varied experience.

3. Turtles, Huh?
The main game at the heart of Turtles, Huh? is basically a launch-and-glide experience in which you try to maneuver a hang gliding turtle as far as you can on a landscape. But to enhance your ability to do so, you need to excel at the eight mini-games that are also included. It’s a great combination of gaming concepts, and a rare instance in which mini-games matter for an overarching concept.

4. Betfair Casino
Betfair’s variety of card and slot machine games comes to mobile platforms through this app, creating one of the bigger and more extensive casino gaming collections you’ll find. Games in this genre are pretty common in the Android app store, but finding this many casino games in a single app amounts to one of the bigger and better mini-game collections in existence, even if it’s not what one typically thinks of with regard to “mini-games.”

5. Badass Free Not exactly a game for intellectuals or people looking for a particularly deep experience, Badass Free nevertheless exemplifies some of the best aspects of the mini-game genre. You get five seconds to perform a command, be it shooting someone with an arrow, poking someone’s butt, or any number of other juvenile and ridiculous activities.

6. McPixel
Pixel gaming appears to be all the rage lately, with titles ranging from Minecraft to Only One consistently appearing in lists of the best mobile apps. The prevalence of this style has even spawned discussions on YouTube about the best pixel games available in app stores. Well, McPixel is surely one of them. Basically, it’s a huge collection of scenarios that you’re thrust into, one-by-one, to save the day in point-and-click fashion. Retro design, amusing events, and quick thinking gameplay combine to make a great experience.

7. Dumb Ways To Die
Dumb Ways To Die is kind of exactly what it sounds like, though the point of the game is actually to prevent death. Through 15 different mini-games, your task is to save a bunch of happy, oblivious, and of course, dumb creatures from a variety of unfortunate fates. This one won’t last you too long, but it’s nevertheless a worthy app for your gaming collection.

8. Game Box
Sensor Tower calls this a console-quality game in app form, and it makes sense once you play it. Game Box is less a concept of its own and more of an aggregation system that can bring you versions of tons of licensed, classic arcade games.

Too often, gaming collections like these are overlooked in write-ups and lists of the best app games available. But for android users, any one of these can provide plenty of entertainment, often in a fresher and more engaging fashion than what’s found in more ordinary games. 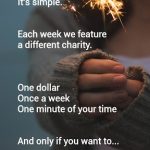 Make A Change In The World With The One7days App 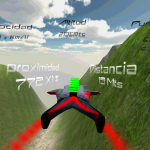 The Wingsuit “Simulator” for Android