GP2Mark is the demonstration software for Mobile GPU which uses Ray-Tracing Drawing Technology. You can compare the performance in GPU or many times per second that can be drawn. I think because it uses advanced GPU computing, and there are some devices that can not be used.:: Feature – Ray Tracing Drawing ::Although it is generally used by 3D computer graphics (3DCG) as a rendering of a still images or an animations, it is observed as one of the Technical Trends of a Real Time rendering by highly efficient-ization of CPU in the latest days. Although it was said that it took several hours to draw one screen, we challenged in real-time drawing.Multi-core CPU demonstration [MP2Mark]Search "MP2Mark" in the Google Play!If there is a request, we will receive improvement, etc.tag gpu,bench,demo,tegra,multi,core,intel,amd,arm,snapdragon,samsung,exynos,cortex,ndk 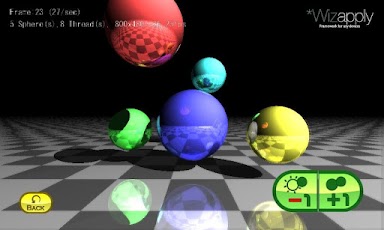 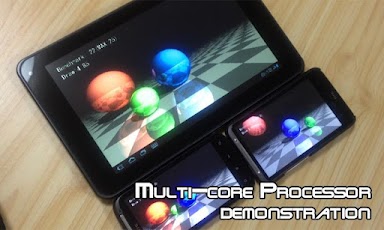 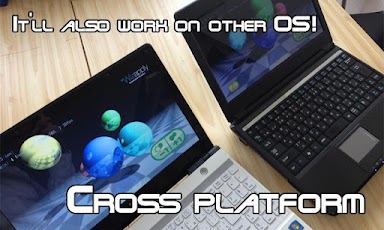