Play Paul Anka’s songs without the need to search for it in YouTube.Simply type in the song’s code from the list and play this virtual JukeBox !Paul Albert Anka, OC (born July 30, 1941) is a Canadian-American singer, songwriter, and actor. Anka became famous in the late 1950s and 1960s with hit songs like "Diana", "Lonely Boy", and "Put Your Head on My Shoulder". He went on to write such well-known music as the theme for The Tonight Show Starring Johnny Carson and one of Tom Jones’ biggest hits, "She’s a Lady", and the English lyrics for Frank Sinatra’s signature song, "My Way" (originally French song "Comme d’habitude").In 1983, he co-wrote with Michael Jackson the song "I Never Heard", which was retitled and released in 2009 under the name "This Is It". An additional song that Jackson co-wrote with Anka from this 1983 session, "Love Never Felt So Good", has since been discovered, and will be released in the future. The song was also released by Johnny Mathis in 1984. Anka became a naturalized US citizen in 1990.Anka was born to Andy and Camelia Ankain in Ottawa, Ontario, where they owned a restaurant called The Locanda. His parents are both of Greek Orthodox Lebanese descent. He sang with the St. Elias Antiochian Orthodox Church choir under the direction of Frederick Karam, with whom he studied music theory. He studied piano with Winnifred Rees. Anka attended Fisher Park High School and Lisgar Collegiate Institute.Anka recorded his first single "I Confess" at age 14. In 1957 he went to New York City where he auditioned for Don Costa at ABC, singing what was widely believed to be a lovestruck verse he had written to a former babysitter. In an interview with NPR’s Terry Gross in 2005, he stated that it was to a girl at his church who he hardly knew. The song, "Diana", brought Anka stardom as it rocketed to number one on the Canadian and U.S. music charts. "Diana" is one of the best selling singles ever by a Canadian recording artist. He followed up with four songs that made it into the Top 20 in 1958, including "It’s Time to Cry", which made #4 and "(All Of a Sudden) My Heart Sings", which reached #15, making him, at 17, one of the biggest teen idols of the time. He toured Britain and then, with Buddy Holly, he toured Australia. Anka also wrote "It Doesn’t Matter Anymore" a song written for Buddy Holly which Holly recorded just before he died in 1959. Anka stated shortly afterward: 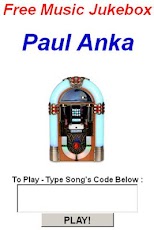 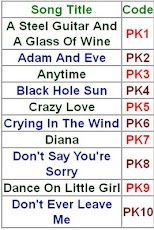