Play Paul Young’s songs without the need to search for it in YouTube.Simply type in the song’s code from the list and play this virtual JukeBox !Paul Antony Young (born 17 January 1956) is an English rock and pop musician. Formerly the frontman of the short-lived bands ‘Kat Kool & The Kool Cats’, Streetband and Q-Tips, his following solo success turned him into a 1980s teen idol. He is famous for such hit singles as "Love of the Common People", "Wherever I Lay My Hat (That’s My Home)", "Come Back and Stay", "Everytime You Go Away" and "Oh Girl". His debut album No Parlez turned him into a household name. Since the mid-1980s, he has had international success, along with his backing band Los Pacaminos.In 1985, he appeared at Geldof and Ure’s charity convention Live Aid, where he appeared at the London Wembley Stadium performing the Band Aid hit "Do They Know It’s Christmas" (having sung the opening lines on the original single release), and his own hits "Come Back and Stay" and "Everytime You Go Away", with Alison Moyet joining him on-stage to perform "That’s The Way Love Is". At the 1985 Brit Awards, Young received the award for Best British Male.In the past decade, Young has released very little new material, but has continued to tour in different parts of the world.Paul Young was born in Luton, Bedfordshire, England. He has an older brother, Mark, and a younger sister, Joanne. As a youth, after school, he played football for the Vauxhall Motors factory and in his spare time played in several bands as a bass guitarist.The first group for which he became lead singer was Kat Kool & The Kool Kats. In the late 1970s he joined Streetband, who had one Top 20 hit in the UK, with the humorous, novelty track "Toast". In December 1979, Streetband disbanded.The ex-Streetbanders added new recruits Dave Lathwell on guitar and Baz Watts on drums. In addition, a four piece brass section was created by Steve Farr (baritone saxophone), Richard Blanchchard (tenor saxophone), Stuart Van Blandamer (alto saxophone) and Tony Hughes (trumpet) who all hailed from the North London and Hertfordshire area, while organist Ian Kewley lived in Essex. Q-Tips’ name derived from a well-known brand of cotton swab.Q-Tips’ first rehearsals took place in November 1979. Their first gig was on 18 November 1979 at the Queens Arms Hotel in Harrow. This was followed by another at the Horn of Plenty in St Albans – a regular gig for Streetband during 1978 – and a total of sixteen in their first month of existence. Some personnel changes occurred during the first six months, with Blanchard’s departure leaving a three-piece brass section, and Lathwell also leaving the band.By 1 April 1980, the band had recorded two tracks, "SYSLJFM (The Letter Song)", and "Having A Party", both recorded at the Livingstone Studios in Barnet. Constant touring and concert appearances had built up a strong fan base by mid 1981, when the small amount of soul music cover versions were outnumbered by the band’s own tracks. The professionalism of the band had attracted the attention of several record labels, with the late Mickie Most (RAK Records) confirming on BBC Radio 1’s Round Table programme that Q-Tips "…are easily the best live band working at the moment". In August 1980, the British music magazine, NME reported that Q-Tips had just released their debut, self-titled album.In time, Garth Watt Roy replaced John Gifford on guitar, and Blandamer was replaced by Nick Payne. This line-up remained for the rest of the band’s career. They appeared on BBC Television’s In Concert, Rock Goes to College and The Old Grey Whistle Test in the latter part of 1981. Other television appearance included children’s Saturday morning TV. Q-Tips opened for The J. Geils Band, The Knack, Thin Lizzy, Bob Marley and the Average White Band. 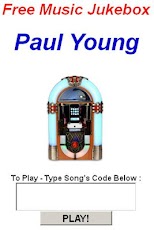 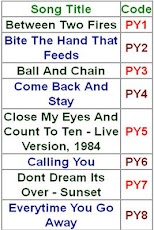