Play The Jam’s songs without the need to search for it in YouTube.Simply type in the song’s code from the list and play this virtual JukeBox !The Jam were an English punk rock/New Wave/mod revival band active during the late 1970s and early 1980s. They were formed in Woking, Surrey. While they shared the "angry young men" outlook and fast tempos of their punk rock contemporaries, The Jam wore smartly tailored suits rather than ripped clothes, and they incorporated a number of mainstream 1960s rock and R&B influences rather than rejecting them, placing The Jam at the forefront of the mod revival movement.They had 18 consecutive Top 40 singles in the United Kingdom, from their debut in 1977 to their break-up in December 1982, including four number one hits. As of 2007, "That’s Entertainment" and "Just Who Is the 5 O’Clock Hero?" remained the best-selling import singles of all time in the UK. They released one live album and six studio albums, the last of which, The Gift, hit number one on the UK album charts. When the group split up, their first 15 singles were re-released and all placed within the top 100.The band drew upon a variety of stylistic influences over the course of their career, including 1960s beat music, soul, rhythm and blues and psychedelic rock, as well as 1970s punk and new wave. The trio was known for its melodic pop songs, its distinctly English flavour and its mod image. The band launched the career of Paul Weller, who went on to form The Style Council and later had a successful solo career. Weller wrote and sang most of The Jam 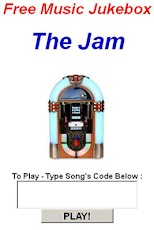 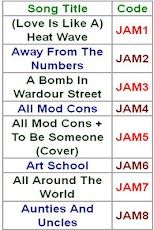