Play The Rapture’s songs without the need to search for it in YouTube.Simply type in the song’s code from the list and play this virtual JukeBox !The Rapture is an indie rock band based in New York City. The band mixes influences from many genres including post-punk, acid house, disco, electronica and rock, pioneering the post-punk revival genre. They were forerunners of the post-punk revival of the early 2000s, as they mixed their early post-punk sound with electronic and dance elements.In 1998 drummer Vito Roccoforte and guitarist/vocalist Luke Jenner formed the Rapture. They released a single, "The Chair That Squeaks", on Hymnal Sound that same year. After heavy touring, they released a debut mini-album, Mirror, on Gravity Records in 1999. Bassist Matt Safer joined the band prior to the 2001 release of the six-song EP Out of the Races and Onto the Tracks on the Sub Pop label.With the help of the DFA production team, the band recorded "House of Jealous Lovers" in 2003 and eventually released their first full-length album Echoes. The album secured two Top 40 singles in the UK and also was met with critical acclaim, being awarded Album of the Year by pitchforkmedia.com and runner up in NME only to the White Stripes. Gabriel Andruzzi joined the band full-time after the record was completed to help tour.In the wake of the success of "House of Jealous Lovers", The Rapture opened for the Sex Pistols in a football stadium in England, and underwent a large major bidding war eventually signing with Vertigo Records out of the UK and Strummer Records (a Gary Gersh Label) both owned by Universal Music.In January 2004, the Rapture toured with Franz Ferdinand on the NME Awards Tour. Later that year, the band toured on the main stage of the Curiosa Festival alongside Interpol, Mogwai, and the The Cure.The album’s main song, Echoes, was used as opening for the British series Misfits.The Rapture released their second full-length album, Pieces of the People We Love, on Universal Motown Records in September 2006 after Strummer folded. Paul Epworth, Ewan Pearson and Danger Mouse produced the album. Recorded mostly in New York city at Sear Sound (studio of Walter Sear, partner of Bob Moog) but also recorded a few song in Los Angeles to work with Danger Mouse. The bulk of the recording being handled by Epworth and Pearson. The title track features Cee Lo Green on backing vocals.The Rapture also toured with Daft Punk on the North American leg of their tour in 2007. Playing such venues as Red Rocks in Colorado, and the Greek Theatre in Berkeley California.In an interview with Dave Owen of Access All Areas and I Can’t Breathe Media Luke Jenner stated that Justin Timberlake originally sang on the track "No Sex For Ben": "We were recording with Timbaland, ’cause he beatboxes on the track and Justin was upstairs with Duran Duran and he came down and sang on the track, but when we got it back from the label someone had removed JT’s vocals."In 2008, Luke Jenner left the band in the wake of his mother’s death and son’s birth. After a few months he returned to the band.On July 14, 2009 on The Rapture’s official website they announced that bassist Mattie Safer decided to leave the band and add "We are sad to see him go but it seems it is the best for all of us." The Rapture have been working on new material since Safer’s departure in their Brooklyn studio.[dated info] In the days following Matt’s departure Dave Owen caught up with Luke Jenner who said that the split was amicable.The Rapture released In The Grace of Your Love on DFA Records on September 6, 2011 in the U.S. and September 5 in Europe while Modular released the album in Australia and New Zealand.Phoenix producer/Cassius member Philippe Zdar produced the record, which the Rapture recorded in Brooklyn and Paris. 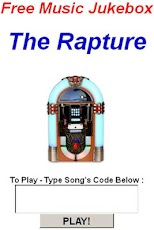 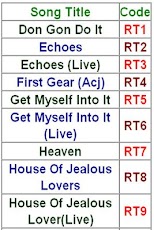