Play The Roots songs without the need to search for it in YouTube.Simply type in the song’s code from the list and play this virtual JukeBox !The Roots are an American Grammy Award-winning hip hop/neo soul band formed in 1987 by Tariq "Black Thought" Trotter and Ahmir "Questlove" Thompson in Philadelphia, Pennsylvania. They are known for a jazzy, eclectic approach to hip hop which includes live instrumentals. Malik B., Leonard "Hub" Hubbard, and Josh Abrams were added to the band, originally called The Square Roots.Since their first independent album release, the band has released 10 studio albums, two EPs, two collaboration albums and have collaborated with a wide range of artists from different genres. The Roots have served as the house band on Late Night with Jimmy Fallon since its premiere in 2009. The Roots’ work has been repeatedly met with critical acclaim. About.com ranked them #7 on its list of the 25 Best Rap Groups of All-Time, describing them as "Hip-hop’s first legitimate band."The 1996 release Illadelph Halflife was the group’s first album to break the Top 40 on the Billboard 200 chart, spurred in part by MTV’s airplay of the video for "What They Do" (a parody of rap video cliche’s) and "Clones", which was their first single to reach the top five on the rap charts. "What They Do" was also the group’s first single to hit the Top 40 of Billboard’s charts, reaching a peak of #34. While continuing on the path of live instrumentation, the album’s sound was somewhat darker.The group released Things Fall Apart in 1999 (named after Things Fall Apart, a novel by Chinua Achebe, which in turn was named after a line from "The Second Coming" by W.B. Yeats). This was their breakthrough album, peaking at No. 4 on the Billboard 200 charts and earning a gold record, signifying U.S. sales of at least 500,000 units. Mos Def contributed to the track entitled "Double Trouble". The track "Act Two" features African-Belgian band Zap Mama and Common. The track "You Got Me", a duet with R&B singer Erykah Badu and Eve and Jill Scott intended by Black Thought for the "unconscious" population, peaked at No. 39 on the Billboard Hot 100 charts. At the 42nd Grammy Awards "You Got Me" won the award for Best Rap Performance By A Duo Or Group and the album was nominated for Best Rap Album.Steve Huey of the website allmusic perceived "a strong affinity for the neo-soul movement" in the album. First-time cameos on Things Fall Apart for Philadelphia natives Beanie Sigel and Eve helped to earn them major record deals later (with Roc-A-Fella and Ruff Ryders, respectively). After this album, Dice Raw left the collective to record his solo debut album Reclaiming the Dead. In the summer, the band performed at the Woodstock ’99 concert in New York state.Several members, including longtime member Malik B., left the group. In December 2001, The Roots backed Jay-Z for his MTV Unplugged concert. With heightened popularity came mounting pressure. The Roots released Phrenology (named after the pseudoscience of phrenology) in 2002. Despite not charting as high as Things Fall Apart, reaching a peak of No. 28 on the charts, Phrenology was commercially successful, eventually going gold, and earning a Grammy nomination for Best Rap Album. At the time, however, there came rumors that The Roots were losing interest in their signing with MCA.During this time, the band backed Jay-Z for his 2003 farewell concert in Madison Square Garden, and appeared in the accompanying Fade to Black concert film.After Phrenology, Ben Kenney and Scratch both left the group; Kenney joined the rock band Incubus. This culminated with the release of 2004’s The Tipping Point, the byproduct of several jam sessions. 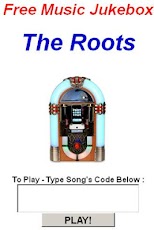 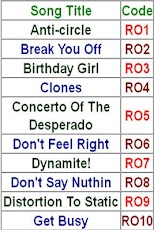 The Rapture Jukebox
The Secret of Dreams++