TravAlarm Boston app has all the functional and pretty alarm clock features, and can also receive subway updates from Massachusetts Bay Transportation Authority (MBTA) of Boston and then use that information to wake you up earlier than a set alarm in case there is a delay on any 3 of your favourite subway lines. So now you can use a different line instead or just leave early to make up for the delay. Already a successful app in the UK:Metro Newspaper Article said ‘Never be late again due to subway delays, just be appy!’ T3 Gadget Magazine said- ‘End your underground related woes caused by subway delays’ If there is a delay on your favourite subway line then the alarm will wake you up earlier with a voice message saying that there is a delay on that line and then it will play a music track from your mobile devices playlist so you wake to your favourite music as well. Note: Alarm needs connection to the internet / network for warning alert to go off ************************************************** ★Coming soon in new version ★ – Various other enhancements ************************************************** ★ Clock Features ★ – Pretty LCD Display for the clock screen – Select from different colours with different brightness to suit the clock showing in the dark – Vertical and horizontal modes – Customizable screen auto-lock time ★ Alarm Features★ – Can detect delays and wake you up earlier if there are delays on any of the Boston subway lines. – Can set 3 favorite subway lines and it will detect delays, suspensions due to subway strikes, signal failures etc – Select multiple music from your iPod music or playlist to wake you up – Built-in alarm sounds – Beethoven Fur Elise, Marche Militaire, Mozart Rondo Alla Turca – Snooze on /off – Customizable Snooze time – Alarm works even screen is locked with notification alarms ★ Example of it working★ Suppose you set the alarm to wake up at 8:00 AM. And you take the Blue and Green line to work so you set delay early wake time to 40 minutes for both lines. Then if there is a delay in the blue or green line, then it will wake you up at 7:20 AM. It will give you a spoken warning on which line the delay is on. Its so much more convenient to be woken up with that information instead of having to fiddle around on the internet trying to check the status of your favorite subways. Not only that you get woken up earlier so you can make up for that delay by leaving earlier or take another route into work thereby never being late again. 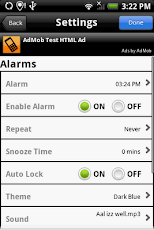 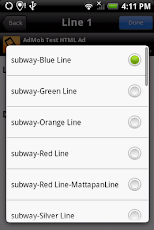 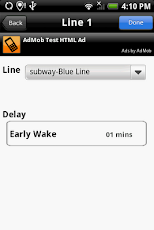 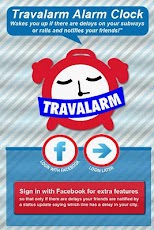