Emulators are a great way to play older games on your favorite Android device, but finding a good one for your system of choice can be a hassle. If you love DS games, you’re going to love the DraStic DS Emulator from Exophase and it’s the only DS emu you’ll ever need on your smartphone or tab – it’s that good. There’s a demo version of DraStic you can check out, and if you like what you see the full version is really a steal at only $7.99. 2. Dots: A Game About Connecting Playing connect the dots is about as old-school as you can get, and if you’re looking for a new way to play, Dots: A Game About Connecting is a great way to go. It’s one of the simplest games we’ve ever played, but it’s also one of the most addictive as there’s quite a bit of strategy involved and it has local multiplayer. Not your average Dot game. Dots: A Game About Connecting is free to download on Google Play.

If you’re a bit lazy and love to game, HabitRPG is just the thing for you. The app works in coordination with the HabitRPG website to give you a RPG-like experience in the form of a task manager. You can read a bit more about HabitRPG here or pick it up for free on Google Play. Double Fine finally made their way to Android earlier this month with Dropchord, and this week they dropped another great game on us with Middle Manager of Justice. It’s a management sim that requires you to dole out Justice by giving assignments to your squad full of superheroes, and it’s just as much fun as it sounds. The animation is outstanding, there’s lots of humor, and best of all it’s free! This one has been out for a few weeks, but definitely deserves a spot on our list of the Best New Android Apps of the week. My Muppets Show is the newest game from Disney, and it let you stage you’re very own Muppet Show… nuff said. It’s a game everyone can enjoy regardless of your age, and you’ll get to spend time with a lot of familiar faces. It’s a building game done up in true Muppets style, and it’s free to download on Google Play. The Homestyler app is the latest offering from Autodesk, and it’s a great way to get inspired by design if you’re looking to freshen up the look of your home. You can place 3D models of real products in your rooms, share your designs with others, and browse the Design Stream till your heart’s content. It’s a slick app that’s easy to use, and it’s free to download if you want to check it out. If you enjoy a good battle, Friendly Fire! from Red Robot Labs is a game you’ll want to look into. You’ll have to build a formidable force before unleashing it on your opponent, and the game uses real world locations so your base of operations can actually be set in your hometown. It’s one of those games you just have to play for yourself, and once you pick it up, you’ll have a hard time putting it down. Friendly Fire! is free to download if you want to give it a whirl. FableScapes 2 is a new Android App that has you use your imagination to tell epic tales – and you also get a puppet theater to play with. You’ll have 3 stories to choose from (only one is free) to go along with around 30 different characters, and several animated objects. It’s a great app for kids and you can try it out for free on Google Play. 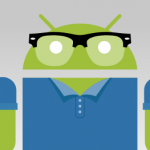 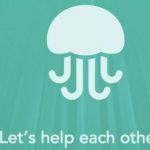