George Soros is described by Wikipedia as a billionaire philanthropist and a holocaust survivor. However, according to a leaked 49-page document, it appears that one of the world’s richest political agitators (via his Open Society Foundation) has been deeply involved in the recent shutting down/silencing of dissent on the internet by big-tech giants like Google/YouTube, Facebook and Twitter.

Soros is known for his “activism” in recent years, and his special influence at the grass roots level of a number of political movements worldwide is well documented. Here’s from the leaked document:

A confidential, 49-page memo for defeating Trump by working with the major social-media platforms to eliminate “right wing propaganda and fake news” was presented in January 2017  by Media Matters founder David Brock at a retreat in Florida with about 100 donors, the Washington Free Beacon reported at the time.

The document obtained by The Free Beacon states that Media Matters and other Soros funded groups have “access to raw data from Facebook, Twitter, and other social media sites” so they can “systemically monitor and analyze this unfiltered data.” [Source]

If you want to read the leaked confidential memo in full, be my guest; believe me, it’s going to be interesting, to say the least; also, let me know what you think about it in the comment section below. The reader’s digest version is this: the memo  entitled Democracy Matters: Strategic Plan for Action reads like a subversive political call to action, a manifesto of sorts, and it has been concocted in 2017 by the founder of Media Matters for America, David Brock respectively.

The plan is pretty straight forward: to oppose Donald Trump’s presidency at all costs and by any means necessary by waging a 24/7/365 non stop media-war, all around the clock. The plan is in full swing, if you’re watching the news regularly. What’s George Soros involvement in all this extravaganza? Well, he’s basically the main sponsor of Media Matters. He’s been supporting those guys since 2010 actually:

Media Matters is one of the few groups that attempts to hold Fox News accountable for the false and misleading information they so often broadcast. I am supporting Media Matters in an effort to more widely publicize the challenge Fox News poses to civil and informed discourse in our democracy. ~George Soros

Here’s from the memo:

Moreover, it is discussed (in 2017, mind you) how social media companies like Twitter and Facebook will be “call to arms” so to speak, to “collude” with Media Matters’ agenda to manipulate the political landscape. All these companies, i.e. Google, Twitter and Facebook are currently involved in open censorship today.

Here’s a quote via WND:

The document claims Media Matters and far-left groups have “access to raw data from Facebook, Twitter, and other social media sites” so they can “systemically monitor and analyze this unfiltered data.”

“The earlier we can identify a fake news story, the more effectively we can quash it,” the memo states. “With this new technology at our fingertips, researchers monitoring news in real time will be able to identify the origins of a lie with mathematical precision, creating an early warning system for fake news and disinformation.”

The biggest question is where do we draw the line between truth and propaganda, government-based or otherwise. 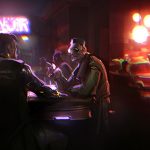 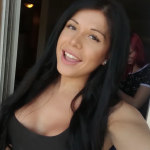