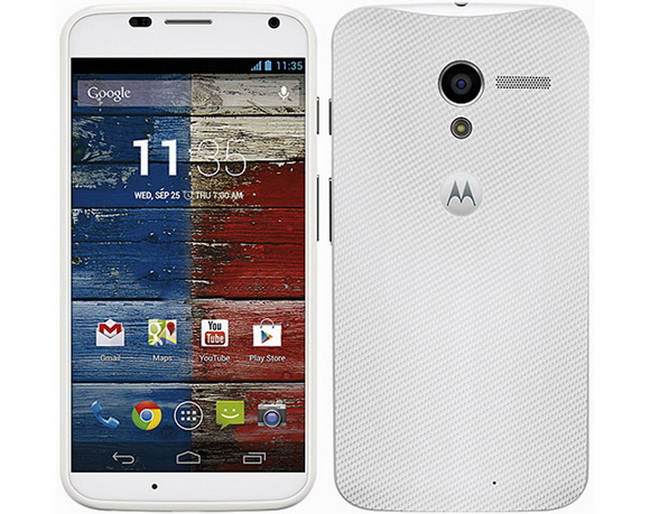 Born in the USA I was, screams Motorola Moto X. Finally, the love child of Google and Motorola was officially launched. This is the first smartphone built by Motorola under close supervision by Google, since the two companies merged. Actually, Google bought Motorola but “merged” sounds more like a love story.

Anyway, the Motorola Moto X was long awaited by Motorola’s fan base (some of them called it an iPhone killer, I call that positive thinking) and the coolest thing I can say about the device is that’s fully Made in the USA. A rare thing nowadays, when everything is made in China or in countries I can’t pin point on the map.

The Moto X comes with a 4.7 inches wide AMOLED display featuring a full RGB matrix and has a 720p resolution with 316 pixels per inch density. The marketing department did a great job, check this out : the display is protected by Magic! Yes, Magic Glass, this is actually a new type of Gorilla Glass, but with the magic thingy in it, it sounds like, you know, magic! I wonder what it can do, what are its super powers.

Anyway, let’s take a look at the tech specs. The Motorol Moto X is built around a Qualcomm Snapdragon S4 Pro system on chip,  hence it’s only a dual core Krait CPU, clocked at 1.7 GHz and comes with an Adreno 320 GPU and 2 GB of RAM. It’s not very impressive when it comes to tech specs, but nevertheless, it’s pretty decent.

You benefit of 16GB/32GB of internal storage, as the Moto X comes in two versions. The sucky part is that there is no card slot for expanding the existing memory capacity, but nobody’s perfect.

The Snapdragon S4 Pro SoC is part of the Motorola X8 family, meaning that it comes with a natural language processor and also with a contextual computing CPU.

For multimedia purposes, the Motorola Moto X comes with a 10 MP snapper featuring ClearPixel technology, which greatly improves its performance in low lighting conditions. Besides that, the camera supports HDR and it  offers burst shots and panorama. As for video recording, it’s capable of full HD @30FPS with face detection and geo tagging. A secondary camera of 2 Megapixels is present on the front panel, for video calling obviously, also capable of  recording in 1080p resolution.

The Moto X runs on Android 4.2 JellyBean with a few improvements from Motorola, like the Active Display feature, which is identical to Nokia’s Glance Screen , allowing you to check  your latest info on the main screen in a small box , i.e. your latest messages, the time and the like, without powering it entirely.

What makes Motorola Moto X very unique is the fact that it’s chassis is fully customizable, you can choose the color of the front panel (black and white) and  the back panel (here you have 18 options), also you can add your name or a “motto” on the back of the phone or your Google account and a custom made wallpaper delivered with your smartphone. 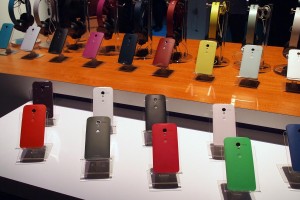 Motorola Moto X will be available on most carriers, like  AT&T, Verizion, Sprint, T Mobile and US Cellular at prices between $200 for the 16 GB version and $250 for the 32GB, on a two year contract deal. 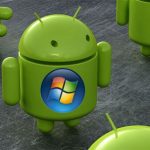 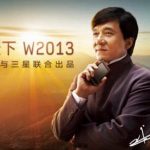 Have You Ever Heard About the Samsung Galaxy Folder?