There are apps for just about everything these days, from fitness tracking to food deliveries, smart thermostats and instant translation. In recent years, apps have also helped parental controls to reach unexpected new levels, with some parents turning to software to help them monitor the conversations their children are having, and the places they’re hanging out.

On both Android and iOS devices, all manner of apps have sprung up which aim to provide parents with access to their children’s calls, texts, photo libraries and location data. Aside from obvious concerns around mistrust and lack of privacy at a family level, alarm bells have started to ring for people who have come to wonder – what would happen if the data shared by these apps fell into the wrong hands?

It’s a worry that’s all too real for some parents, following the removal from the market of one child-monitoring app after it was found to be riddled with security flaws that could easily put children at risk. If you’re keen to safeguard your offspring online, it’s worth familiarising yourself with the risks of some of the popular parental spy apps, as well as looking at other tactics for keeping harm at bay.

Different apps offer varying degrees of monitoring. The well-known Bark app, for example, doesn’t allow you completely uninhibited access to your child’s digital private life – but it will notify you any time there’s a red flag within a message that’s being sent or received. That might mean alerting you to explicit language, or to use of language that could imply drug use or cyber bullying. While you don’t get to read every single thing that comes in and out of the connected device, the app itself has access.

Further up the scale, there are apps like mSpy and WebWatcher, which allow you to see texts, photos, calls, emails, web search history, geo-location data, and just about anything else you might want eyes on. As well as offering alert functions for specific things, these apps allow you to see just about everything on someone else’s device – WebWatcher actually pitch themselves at employers looking to monitor their staff, as well as parents and spouses.

Generally speaking, the intent behind using these apps is well-meaning. Parents hope to prevent their children from interacting with sexual predators, from being bullied, or from becoming involved in unsavoury activities. But with children often not being made aware that they are being monitored, and responsibility for data security often being left in the hands of fledgeling businesses, it’s worth considering the risks that come with this territory.

When we think about the risk of hackers online, it’s understandable to think primarily of our bank details being stolen, or email accounts being compromised. But say you’ve installed a tracking app on your child’s smartphone that logs round-the-clock geo-location data, and has access to messages stating their social plans, home or school information. What are the security risks at hand if a third party gains access to that data? And is it feasible that the kind of person who is dangerous to children might specifically target child-monitoring apps?

Earlier this year, Apple announced that they had removed 11 of the 17 most popular parental control apps from the App Store over privacy and security concerns. In a statement, they noted that giving a third party access to sensitive information via an app – like a user’s location, emails and browsing history – is a direct violation of App Store security policies because of the way in which it can put people at risk.

Twice in the space of three years, mSpy leaked millions of sensitive records about its users online. Following the leaks, pretty much anyone who’d been looking in the right places was able to gain access to the details of any mobile device which was running the software at the time. With other similar leaks already well-publicised, it’s not hard to see why app stores are starting to think twice about offering these apps at all.

Physical and digital security risks aside, it’s also important to consider the impact on a child’s psychological wellbeing that spying apps can have. As far as independence and autonomy go, there are different levels that feel appropriate at different stages of a child’s life, but at any stage, the idea of total surveillance is unlikely to be any more welcome in your child’s eyes than it would be in your own.

Particularly for teenagers, for whom privacy and independence are crucially important pillars of personal development, the discovery of a spy app or the knowledge that one is in place can be highly troubling. Feelings of a lack of trust within the family unit can be exacerbated, and anxieties increased.

In one study of trust and privacy between teenagers and parents, researchers found that the more a child’s parents tried to snoop on their activities, the more secretive and shut-off the teenagers became. Anxiety, depression and withdrawal are also things that can be more noticeable in children who have grown up with intrusive parents, because parental behaviours have undermined the child’s confidence in their ability to function independently, along with their trust.

Rather than resorting to what is, in essence, spyware, there are other routes you can take to safeguard children and young people spending time online.

Like any aspect of parenting, it’s important to educate children in how best to go about certain tasks, and what not to do. Encourage conversation about how to identify suspicious things online, and ensure that they feel comfortable talking to you if something is troubling them, rather than feeling they have to hide it.

Education and awareness about online stranger danger, the permanence of photos that are shared and the risk of exposing personally identifiable details are all part and parcel of digital development. Do your children have antivirus installed on their devices to prevent malicious spyware and webcam hijacking? Are they using a VPN app to prevent third parties from viewing their browsing habits and location?

Rather than insisting that children open up their phones to constant monitoring, which can damage their wellbeing and put them at serious risk in the event of a data leak, it’s worth considering a converse tactic. Age-appropriate education on how to keep online activities private and secure is a must, along with ongoing discussion around cyber bullying and inappropriate interactions.

The internet can be an amazing educational tool, and is the ultimate help in keeping people all over the world connected. With children and young people now spending at least two hours a day online, emphasis should be on managing screen time and encouraging productive and healthy online activities, rather than Big Brother-style parental omnipresence. 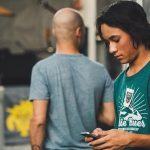