The life of a trucker is not just about driving. Even in 2017, the trucking industry is heavily dependent on an archaic system based on paperwork and making long phone calls. For drivers, navigating this outdated system means spending long hours arranging loads and dispatches, wastingthe precious little time left for rest. A new app called HWY Pro aims to change this time-wasting process for truck drivers. The app will make organizing loads more efficient for drivers for the first time ever.

Built by Truckers, for Truckers

HWY Pro is the brainchild of three developers—Bill Busbice Jr., Harry Hover, and Paul Svindland. The three are not truck drivers themselves but have 125 years of combined experience. Mr. Busbice once owned an award-winning trucking company called ACE Transportation that served the oil and gas industry. During his time operating the trucking company, Mr. Busbice noticed for the first time how inefficient the load arranging process is.

It was not until some years later that Mr. Busbice thought of a potentially gaming-changing solution. When he noticed that truckers have rapidly transitioned to using smartphones, he had an “aha moment” and came up with the idea to design an app just for truckers.

HWY Pro is unique because the app is aimed directly at trucker drivers and owner-operators, not the industry. The trucking industry heavily uses other cutting-edge efficiency tech, but none of it really reaches the drivers who end up spending weeks on the road. Mr. Busbice and his colleagues hope that HWY Pro will eliminate tedious rituals for truckers so they can spend personal time with family not on paperwork.

Truckers Can Arrange Loads in 6 Taps

Traditionally, truckers would spend a day or even more trying to reach shippers and making phone calls to arrange a load dispatch. With HWY Pro, a user can arrange a load in six taps, orless, on the smartphone screen, saving hours of time. The appis easy to use and makes a tedious process much less time-consuming. Truckers who use the app can “Just Drive” and not worry about waiting for the next load.

Truckers want to spend time at truck stops resting and socializing. However, most end up waiting in front of a load board for new loads to arrive. Truckers cannot hit the road without a full load because of fuel costs. HWY Pro gives truckers real-time updates of loads as these become available. The app makes new loads available to users regardless of where they are. Drivers can use the app to grab a load without waiting. Also, there is no need to fill out additional paperwork.

Truckers can use the app to arrange an entire trip. In trucking, a trip spans state lines and covers hundreds of miles. Planning such a trip manually is headache-inducing and can be prone to errors. With HWY Pro, truckers can plan routes smartly with the help of the app and a team of freight specialists who are always available to users. The app gives truckers accurate information on loads, availability, and next destinations. This information is hard to get while on the road, but with HWY Pro, it is right at the fingertips of drivers.

HWY Pro has the potential to positively disrupt the trucking industry by making life easier for owner-operators. Mr. Busbice hopes that the app will allow truckers to have more leisure time on hand to sleep and spend time with family. 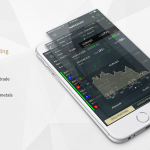 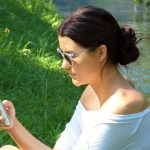 The Must Have Android Apps You Need For 2018