The foreign exchange (forex) markets have been of great importance ever since the 19th century, when currencies were pegged to the price of gold. However, given recent events in the US, Europe and China, the forex markets are under intense scrutiny, something that many traders have been able to use to their benefit, not least through apps.

ADS Securities’ new app allows people to trade forex on the move, all whilst being able to access stories pertaining to macroeconomics. Interest rate announcements, unemployment figures and GDP statistics all have an impact on the way in which currencies perform on the markets, so accessing these stories when in the middle of a trade is bound to be useful. The ADS Securities Orex Mobile app has been downloaded over 100,000 times since it was released. In that time, it has added new features and upgraded existing ones, with some of them being unique in the growing field of forex trading apps. The most interesting is its’ watch list, which lists some of the biggest and most important currencies and stocks in the world.

For anyone new to trading, the watchlist acts as a gateway into understanding how some currencies change in value using real time data. Speaking of data, the Orex Mobile app provides data on 60 currency pairs, with less celebrated ones such as the Thailand Baht featuring alongside the Euro, US Dollar and Pound.

Aside from forex, anyone with this app can also trade up to 1,000 different CFDs – contracts for difference. These include individual stocks, commodities such as gold and indices. The choice on offer gives traders plenty of options in case they want to try their hand at something new.

Whatever someone chooses to trade, Orex Mobile enables them to open and close with just one tap. It also provides them with plenty of macroeconomic news stories, alongside an economic calendar. The calendar lists dates for interest rate announcements, quarterly statistics about output and economic performance and major businesses’ reports in an easy to read format.

The app’s user-friendly interface is complemented well by its large amount of historical data on all CFDs and currencies, news stories and economic calendar. This is a handy app for any trader with a keen interest in macroeconomics, rather than some more niche trading areas. As for the name? Orex simply covers more than just forex; it covers other macroeconomic areas. 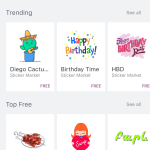