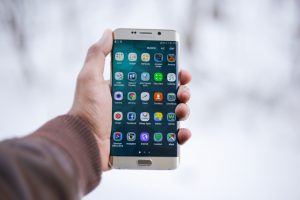 The Samsung Galaxy S7 Edge tries to give you quick access to its best features. Alas, the company can only fit so many on one screen, so it’s forced to bury some options out of plain view. Unless you’ve read your owner’s manual carefully, you probably don’t know about these four things your Galaxy S7 Edge can do.

Improve the Audio Quality of Your Music

If you don’t like the way your favorite songs sound on most mobile devices, the Galaxy S7 Edge could change the way you think about the audio quality of smartphones. The S7 Edge has a feature called Adapt Sound that will make music, podcasts, and phone calls sound better to your ear.

Adapt Sound asks you to respond to a series of beeps. It’s kind of like taking a hearing test. The phone uses your responses to alter the way it plays sounds. Once you personalize the audio, everything will sound better than before.

Improve the quality of your audio by going to Settings > Sounds and vibration > Adapt sound > Personalize sound. The test only takes a couple of minutes. The results are worth it.

Store Apps on Its microSD Card

The Galaxy S7 Edge’s 32 GB of memory seems like more than enough space… until you realize that music and movies sound so much better after turning on Adapt Sound that you fill it with entertainment. The T-Mobile network gives you such a consistently strong connection to the internet that it’s hard to resist downloading albums and feature-length movies.

Samsung lets you expand the S7 Edge’s memory with a 256 GB microSD card. Many people, however, don’t know that they can store apps on the microSD card instead of the smartphone’s internal memory.

The Galaxy St Edge’s 5.5-inch Quad HD Super AMOLED screen makes it fun to watch videos on the go. For some people, though, the phone feels a little too large to operate with one hand, especially when they want to type messages.

Samsung’s developers realized that some users might need smaller screens for one-handed typing, so they created One-Handed Mode. One-Handed Mode shrinks your display’s size so you can easily type with your thumb while the phone sits in your palm. You even get to decide how the screen orients itself, which makes it perfect for left-handed and right-handed owners.

You can activate this feature by going to Settings > Advanced features > One-handed operation > One-handed input.

Online security has become a pressing issue that affects everyone who uses the internet. The days of using the same password for all of your online accounts have disappeared. If you want to protect yourself from theft and identity fraud, you need to use a randomized password for each site that you use.

Having multiple passwords sounds like a great idea until you try it. The human brain simply cannot store that much inconsequential information. Your Galaxy S7 Edge gives you a better option. Instead of trying (and probably failing) to remember a lot of passwords, you can use your fingerprint to automatically sign in to websites. This kind of biometric option gives you more security than any password.

You can enable the fingerprint feature by going to Settings > Lock screen and security > Fingerprints. Enable Web sign-in and you’ll instantly improve your online security.

The Samsung Galaxy S7 Edge is easy to use, but some of its features aren’t apparent. Get more out of your smartphone by utilizing these four features. They’ll improve your mobile experience.