With the news that Pokémon Go is hosting its own Halloween event (featuring increased spawns of Gastly, Gengar, and Haunter), you might have already satiated your appetite for all things spooky. If not, then here are a few more apps to get you in the mood for Monday’s annual haunting.

The original Oregon Trail was a landmark title, and one of the oldest video games you can ever hope to play (it came out in 1971 – Pong, arguably the first true arcade game, was released a year later). Created to teach children about the difficulties of pioneer life in the 19th century, Oregon Trail is remembered for the numerous, horrible ways the player and their people could die.

Organ Trail, on the other hand, is a modern twist on the classic survival game, in which a band of friends journey through a zombie apocalypse. The game has the same hunting and fishing mechanics as the original, albeit with zombies instead of rabbits and elk, and an option to upgrade your only safe haven – your car. It’s also available on Steam for £3.99.

Augmented and virtual reality (AR and VR) apps are the latest thing in gaming. Pokemon Go’s brief time in the limelight is perhaps the greatest evidence of the popularity of the former, while fans of mobile casinos like Betway.be, for example, have recently gained the option of playing VR poker using the Samsung Gear and Google Cardboard.

SpecTrek is the answer to the question, ‘what if you could combine Ghostbusters with Pokemon Go?’ A map-based ghost-hunting game that uses AR to add spooks to the real world, SpecTrek is a great accompaniment to trick or treating expeditions, while serving as a light fitness app in the same vein as Niantic’s monster chasing phenomenon.

While it’s not a true Halloween app, and requires something of a close-knit neighbourhood to be of any use, Nextdoor can help with your party planning by letting you see which of your neighbours are interested in a visit from your little goblins – and, perhaps more importantly, those who aren’t.

Nextdoor gives users the option of adding a sweet to their property, indicating the presence of treats, or a purple icon, which means that they’re hosting a Halloween party or similar open-house event. The app also functions year-round as a local social network, allowing you to connect with other householders in your community.

Sending children out alone into the dark of an autumn night has to be one of the stranger traditions we’ve picked up over the years but Halloween has always been a lesson in trust – of neighbours, older children, and school friends. Track & Treat aims to reduce the anxiety of being a parent on Halloween by letting you know where your kids are.

The app uses a GPS signal to pinpoint children on a map and includes functionality for a neighbourhood ‘network’ so that other residents can see when your own monsters are descending on their house. While it might not provide enough reassurance for parents of younger children, Track or Treat is ideal for teens going it alone this coming Monday.

Rule one of the zombie apocalypse is cardio, to quote the movie, Zombieland, so it’s perhaps no surprise that there’s an app out there that combines zombie bashing with fitness training – Zombies, Run! The title makes you the central character – a Runner – in a survival story, complete with base building and audio entries that reinforce your progress.

There’s a good chance it’s going to be dark and cold on October 31st so Zombies, Run! might end up being the last app you’ll want to use. However, for anybody struggling to get started with fitness, the title is arguably one of the best apps out there. It includes training programs for 0-10k over 16 weeks.

There you have it; five apps to help you have fun, stay fit, and keep safe on Halloween. 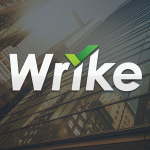