Facebook CEO Mark Zuckerberg, also known as Lord Zuck lost 16.8 billion dollars in a matter of minutes as his company stock plunged 24 percent on Wednesday. Tech stocks are about to see a bloodbath tomorrow, Thursday that is, with world’s largest social media company on track for recording its biggest drop ever.

As Facebook stock took a nose dive, Mark Zuckerberg lost a ton of money in a snap, paying the price for censorship and politicizing the platform. Basically, user disenchantment led to a drop in ad revenue and the forecast for slowing growth together with rising expenses (50 percent up in the second quarter compared to 2017, 7.4 billion dollars respectively), not to mention the recent scandals about the impact of privacy issues, all contributed to today’s events. Facebook stock lost $150 billion in market capitalization in less than 2 hours.

I don’t know about you, but I remember perfectly several weeks ago, when Q said “Dead Cat Bounce” about Facebook. The answer to Facebook’s problems is simple: Stay out of politics, don’t let the Zuccc-droid do interviews, and don’t talk about censoring or fake news . You’re a social media company for profit. Run it like a business, not a lib platform, because you need both the crazy left, the crazy right and everyone in between to maximize profits; its not really rocket science, don’t alienate  half of your customers with bias and politics when you’re a profit oriented business.

By the way, with regard to Infowars’ and Fox News’ shadow-ban, what they just admitted is completely illegal.  Basically, they admitted to mass censorship without banning. That is pure discrimination and a violation of the first amendment. They manipulate their algorithms and make it show what Facebook wants it to show by limiting distribution.

Silencing Fox News or Infowars isn’t winning any debates. We must allow as many voices as possible to be heard so people can make up their own minds. That’s how open debate of ideas works.

YouTube and Google had better take notice. The worm turns slowly, but inexorably and often irrevocably. 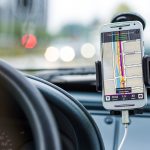 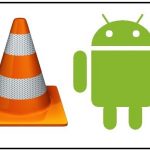