There are many types of Action & Arcade games, and while Magicka Wizards of the Square Tablet falls into those categories, it’s also a bit of a side-scroller. This magical game has been a hit on the PC for years, and now it’s one of the best games out for Android tablets. 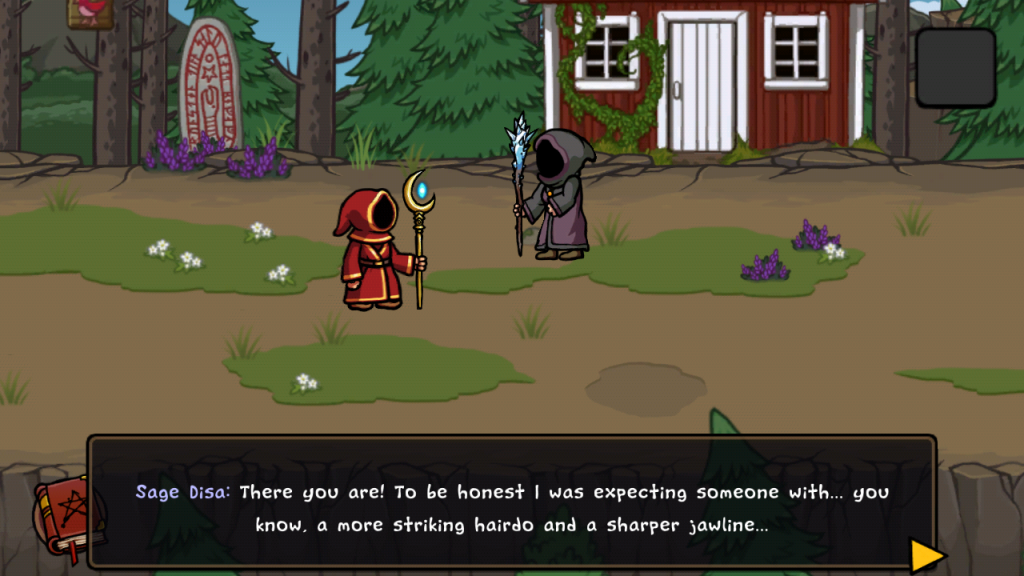 Magicka Wizards of the Square Tablet is a game about casting spells, killing your enemies, and collecting loot. There are no on-screen controls except for your spell buttons, and you’ll move around by simply pressing on the screen. The same goes for spell casting; just tap the spell (or spells) you want to load up and then tap on an enemy to fire. The controls  are perfect, and Paradox Interactive did a great job of transitioning the game over to touchscreen devices. 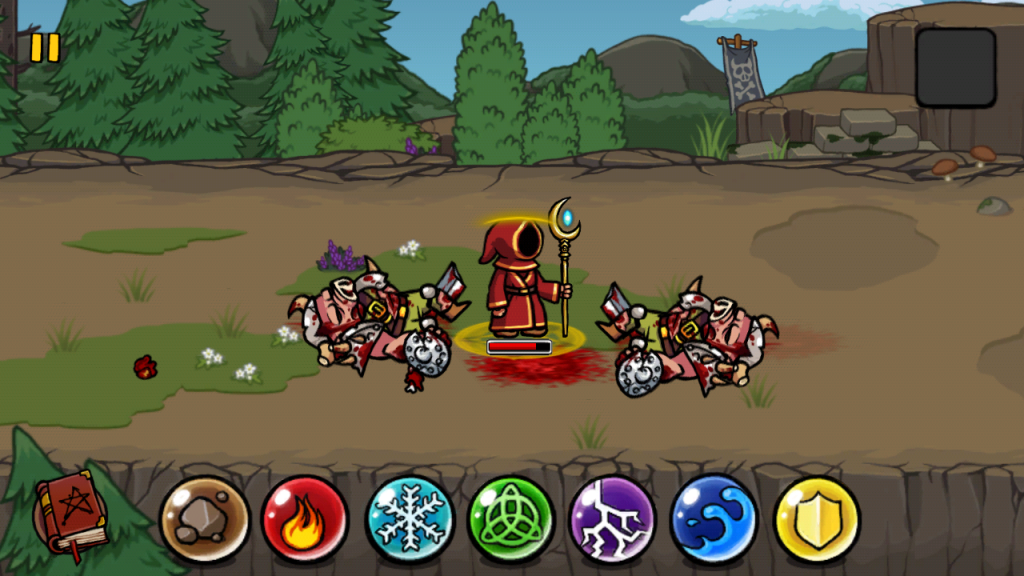 The spells and the way you go about casting them are what makes things interesting. You can combine certain elements together load up on a spell by tapping on it up to four times. It’ll increase the power and annihilate your enemies, but the quick attacks can be just as effective if you get in a jam. In addition to your lethal powers you also have healing and shield spells. These spells can also be combined with other elements, and I can’t even tell you how handy a wall of fire is if you need to make a little space on the battlefield. 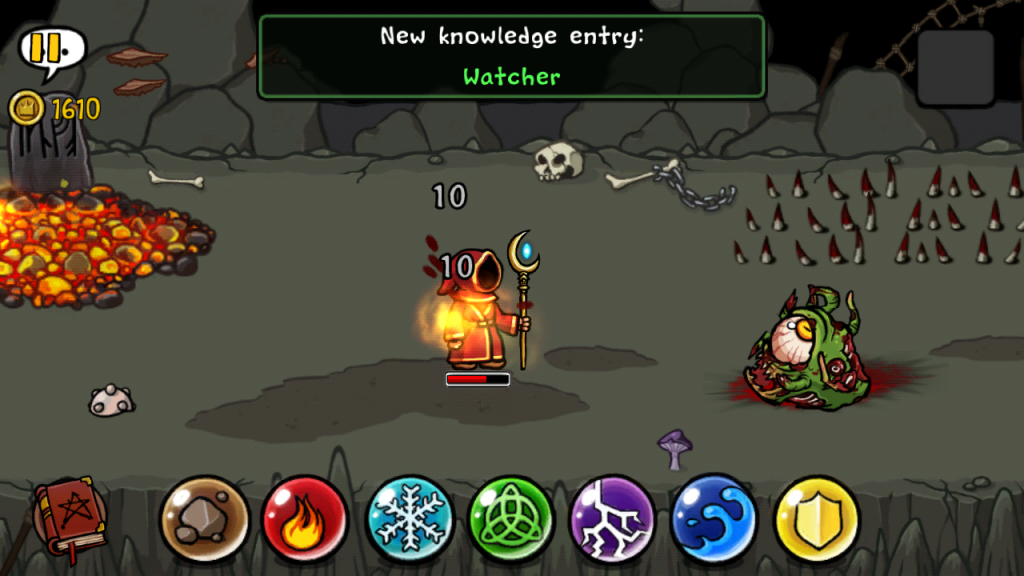 As cool as casting spells are you also need to be careful and think before blindly throwing out an errant lightning bolt… especially if there’s a puddle of water on the battlefield. It’s a nice touch as a lightning spell can fry an armor wearing enemy quickly, but can also shock the life out of you if you’re wet. When you take into account all the different spells you can concoct, there are a lot of different ways to take out friends and foes alike.

Magicka has a lengthy single player campaign that follows a fun storyline and shows you the ropes along the way. You’ll unlock powerful new spell combinations as you progress through the game, and you can even buy an animal familiar to take along on your journey. If you’d rather adventure as a group, you’re in luck as Magicka has a magnificent multiplayer mode that lets you play co-op with up to three friends. The multiplayer is a blast, and you can “accidentally” blast you’re allies instead of your enemies if you aren’t careful. 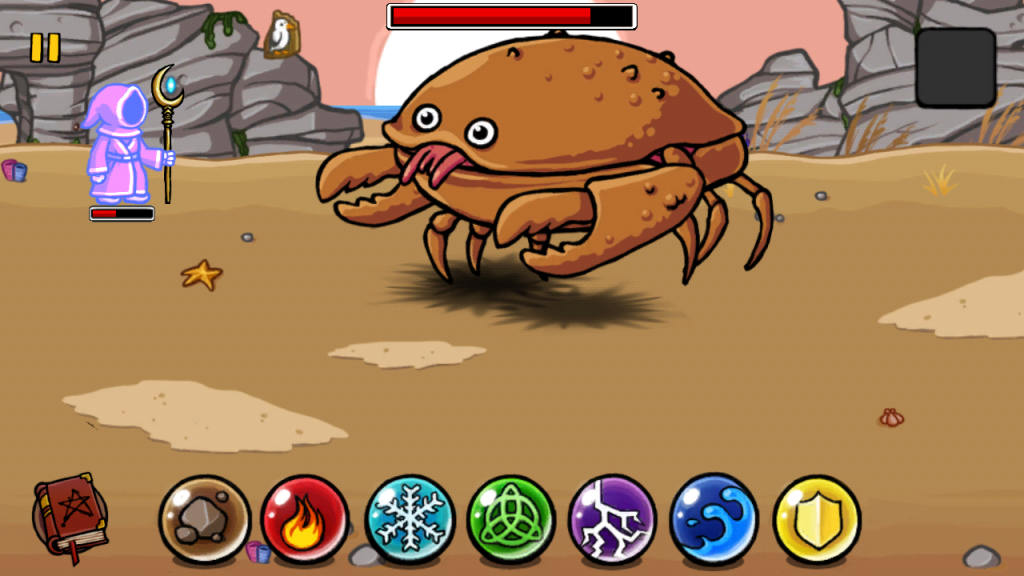 Magicka Wizards of the Square Tablet is hands down my favorite game of the year so far, and it’s an Android game you need to own if you have a tablet. The battles are pretty damn intense, and while there aren’t a ton of spells combining and casting them never gets old. The multiplayer mode is also just as much fun as the campaign which is something most games can’t pull off.

Magicka is only for tablets at this time; it can be played on a phone, but you really need a tablet to truly get the full experience. Needless to say, it’s a game we highly recommend and it’s truly a steal at only $1.99. You can pick up Paradox Interactive’s Magicka: Wizards of the Square Tablet on Google Play.

Magicka: Wizards of the Square Tablet

Luke at the Stars Review: Tearing Down Buildings for Love
The Conduit HD does the shooting for you