The Conduit HD does the shooting for you 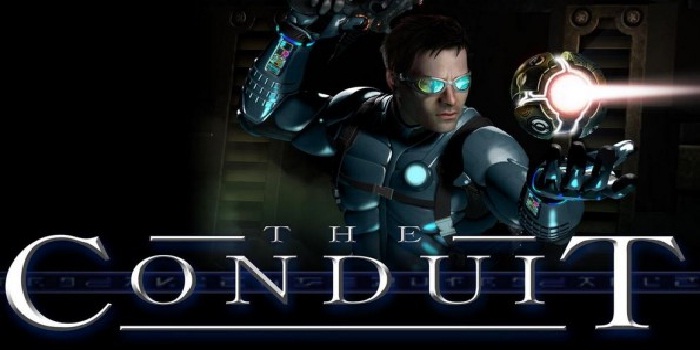 First person shooters are always an uncertain thing when they are being played on mobile devices. The Conduit HD manages to just squeak by with acceptable gameplay, partially because it was originally designed for the Nintendo Wii console. The Wii console did not have a conventional controller and because of this the gameplay manages to port to your Android mobile with not great but acceptable results. 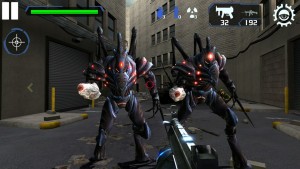 The story behind The Conduit HD is typical for a mobile first person shooter, convoluted, over the top, and completely forgettable. As in most shooters you play a super bad-ass and save the day by blowing up bad guys, aliens in this case, while also solving simple puzzles and thinking through intrigue. The Conduit HD has a shop where you can spend real money to buy upgrades which, in this case, are fairly reasonably priced. Where The Conduit HD excels is in setting. You will be fighting your way through huge levels of post alien invasion beauty. The Conduit HD is an Android Tegra exclusive graphic power house that will make you wonder at times if you are actually playing a console game. The colors are vibrant and the aliens are believable and entertaining to dispatch. The graphics flow smoothly around you as progress through the nine missions on your way to victory.

The gameplay itself is the aspect of this game that will make or break this game for first person shooter fans. While you play as Secret Service agent Michael Ford you will be using the traditional dual analog setup. The major difference in how this game engine plays is that in The Conduit HD the computer handles a lot of what we as shooter fans consider our primary skill set. Aiming and shooting is the most important feature in first person shooters. The computer in The Conduit HD has a very aggressive tendency to auto aim and as a default the computer will also shoot for you. You can adjust these options but the game becomes very clunky in response. At points it can almost feel as if the computer is playing the game while you are only offering limited input. If you can imagine driving a car with your voice then you can imagine how this can be off putting for the truly hardcore. The Conduit HD manages to just squeak by with acceptable gameplay. Fortunately the auto setting can be adjusted in the options menu and If the player can find a balance between toning down the auto aim and auto shooting then it can be enjoyable and action packed adventure. Since it is free it is worth giving a shot. You can find The Conduit HD for free on Google Play.