Google Play is flooded with zombie games, so it’s nice when a developer puts their own twist on the zombie/survival genre. Nah-Meen Studios has managed to do that with Trial By Survival, and as the name implies you’ll have to be tough to if you want to make it out of the post-apocalyptic world alive.

Trial by Survival drops you into a zombie infested world where you’ll have to survive on your own after being accused of unspeakable crimes. You are thrown out of your community and have to stay alive for 14 days — it’s much easier said than done. 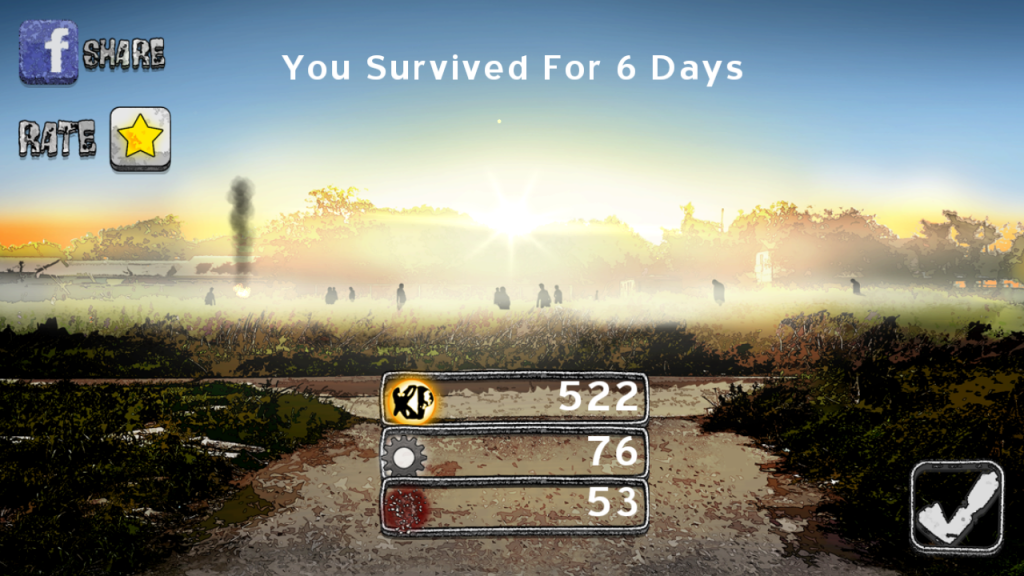 Each day is represented by a level where you have to basically make it to an exit while being chased by zombies. Ideally you’ll want to pick up any crates you come across, but you can just bolt for the exit if you become overwhelmed. That said, you can shoot your way out of a jam once you graduate from your crowbar, but aiming isn’t all that easy due to the somewhat funky dual-stick setup. 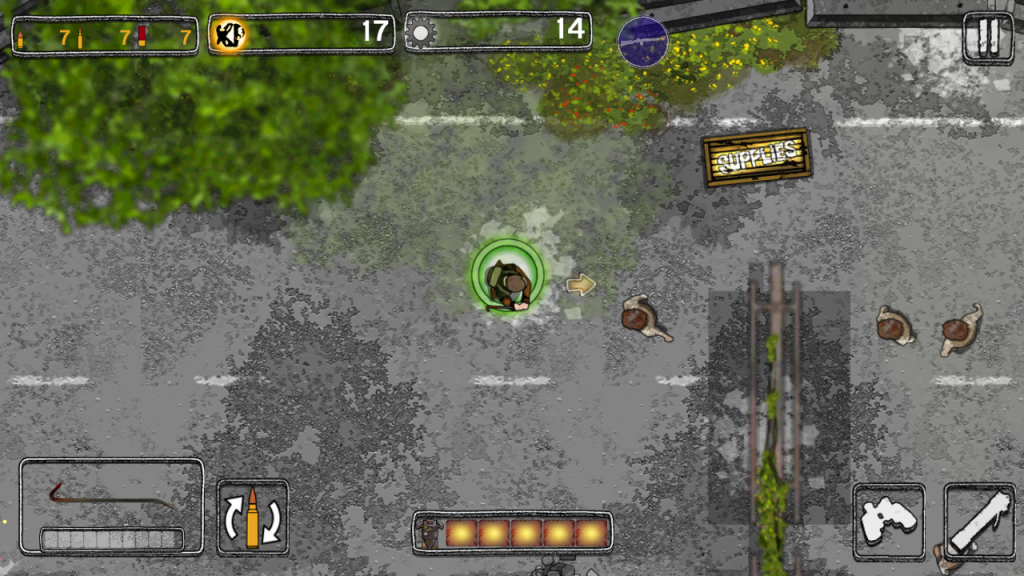 Before or after each day, you can upgrade your character or scavenge which is the most interesting aspect of the game. Scavenging will set you back a Scavenge Coin, but you’ll get the chance to pick up any supplies dropped by an adventurer before you when they die. That’s right, permadeath is the only way to go in a “true” survival game, and it’s something you’ll deal with a lot in Trial by Fire. As for those Scavenge Coins, you can buy them, win them in a random drawing after a day or you can earn the in Arena Mode, the counterpart to Survival mode where you try to survive in one area for as long as possible. 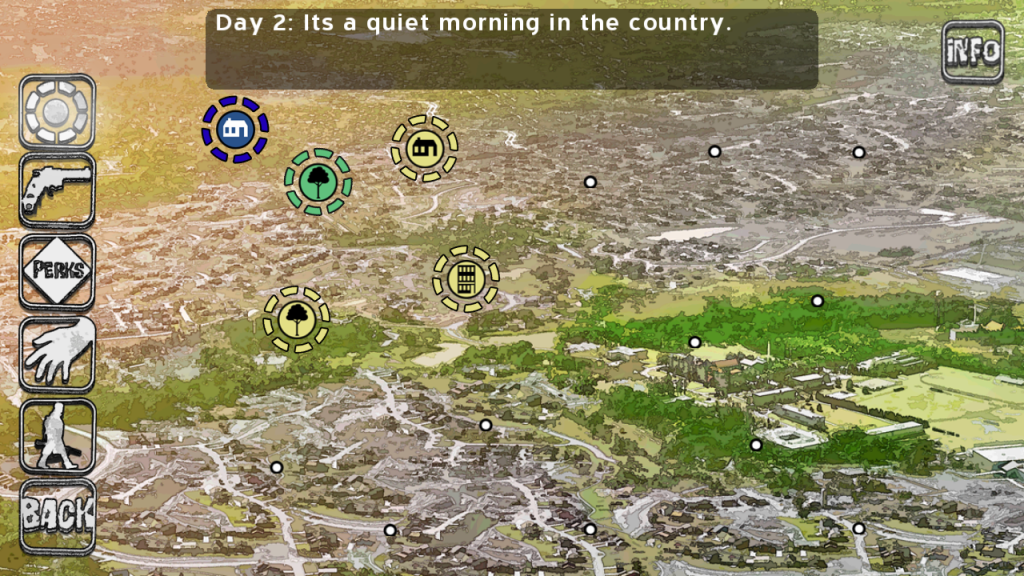 As Trial by Survival is a game about survival, you’ll want to use any loot you find to buy perks or weapons. The weapons range from an axe to a machine gun, and there are a few other things you can pick up to help you out like Molotov cocktails and flares. There are plenty of cool things to buy, but unfortunately currency/parts are scarce which is where the IAP setup comes into play. 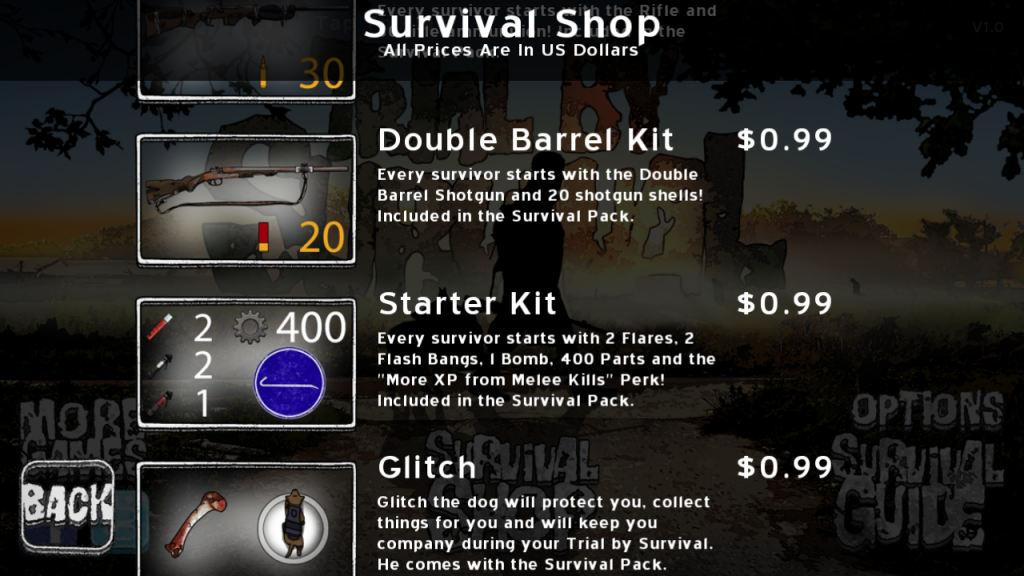 Trial by Survival’s shop is full of kits, unlocks, and coin packs. It’s nothing we haven’t seen before in a freemium game, and there are some interesting unlocks and packs in the shop. There are no ads, but there is a timer between levels which can be skipped by watching a video or buying the unlock. It’s nothing over the top, and some of the packages are a bargain if you dig the game. 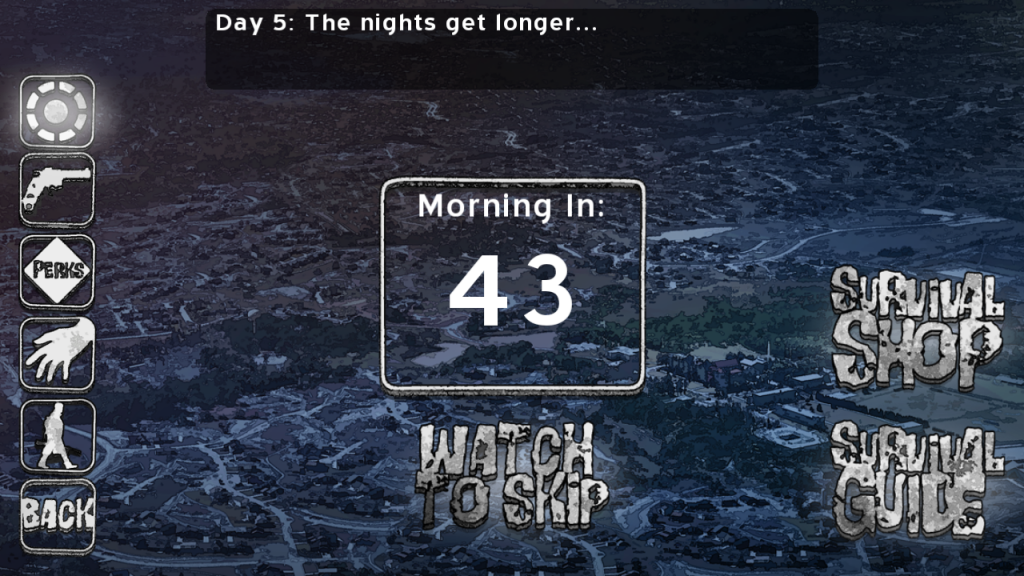 Trial by Survival isn’t going to be a game for everyone, but it’s tough as nails and quite a bit of fun if you’re into zombies or the survival genre. I really enjoyed the overall style of the game, and while I haven’t made it 14 days, I look forward to seeing what happens when I do hit the magic mark. As cool as the concept is, Trial by Fire isn’t without its issues including less than accurate controls and a grindy feeling you’ll probably get as you try to purchase some of the high end weapons. Trial by Survival is well worth a look if you dig the undead, and you can pick it up for free on Google Play. 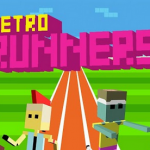 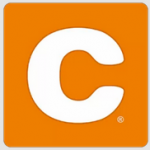