Twin Gates 2 is one of those cute Android games that will test your reflexes to the limit. The game was developed by THOUSAND GAMES and truth be told, it makes for one of the most exciting games I’ve ever played.

What’s cool about Twin Gates 2 is that old school feeling and game-play which makes the game highly addictive. But, in this case, it’s not the graphics nor the special effects that put a zap on your brain. It’s the idea that’s awesome and that’s the best thing in games, at least in this writer’s opinion.

Just think, I don’t know, Tetris or Flappy Bird. However, together with high levels of addiction, Twin Gates 2 will stress the Hell outta your neurons. And I mean that literally. The mental stress of this reflex based game is the drug, this is what makes it so addictive and incredibly fun to play. 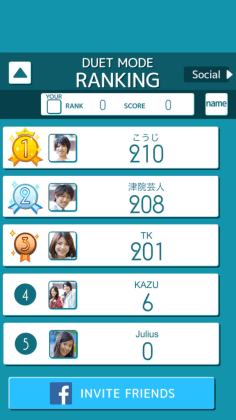 Twin Gates 2′ graphics and premise are incredibly simple and straightforward, i.e. there are 4 game modes during which you’ll have white and black balls moving quickly towards a gate of sorts.

The trick is to make sure the respective gate has the same color as the ball hurtling towards. By tapping the smartphone, you can alternate the gate’s color so it matches the ball’s. That’s about it.

Twin Gates 2’s beauty is its simplicity, like a Swiss watch if you like. The sheer speed of the balls makes the game incredibly difficult, frustrating and yes, so addictive.

You can download Twin Gates 2 for free from Google Play. For the add free version you’ll have to cough up $1,99 though. 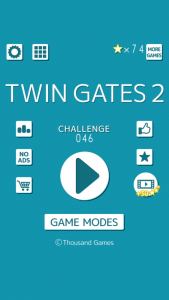 Most Popular Poker Apps for Android 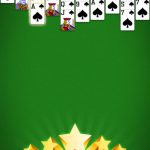